The Universal power pushed me into CBB

The start of the New Year, I decided that 2018 is going to be the year of health, wealth, happiness and abundance and that 2017 would be the year that taught me strength, compassion and an understanding of life.

Now being a mother of three, pregnant, hormonal and 90% of the time ‘hangry” you can imagine my stress levels and how I remain positive.

So i thought, it would be a good January start to share with you, my readers a few secrets of life that have worked for me, and continue to work with me.

For those of you that know me from The Apprentice or Celebrity Big Brother, Im going to share with you how I actually managed to get on both programmes.

I manifested my way on to them. 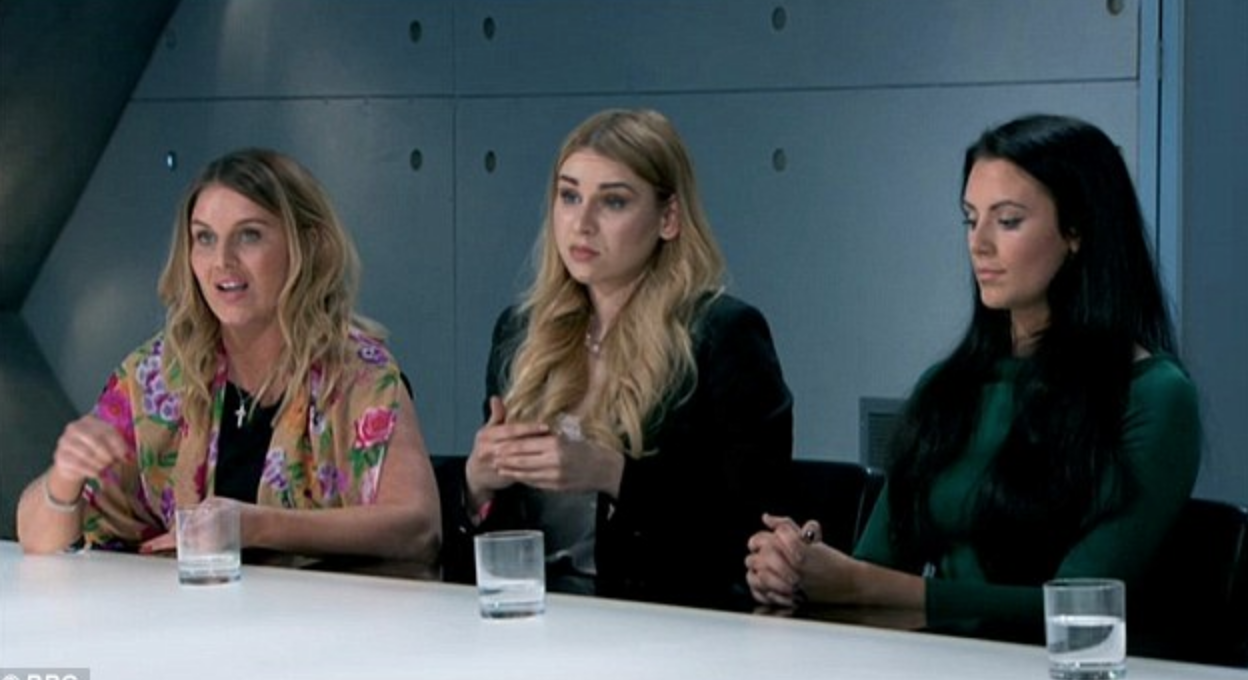 Oh and my sister and I always had a feeling one of us would one day meet Jedward. #Moment 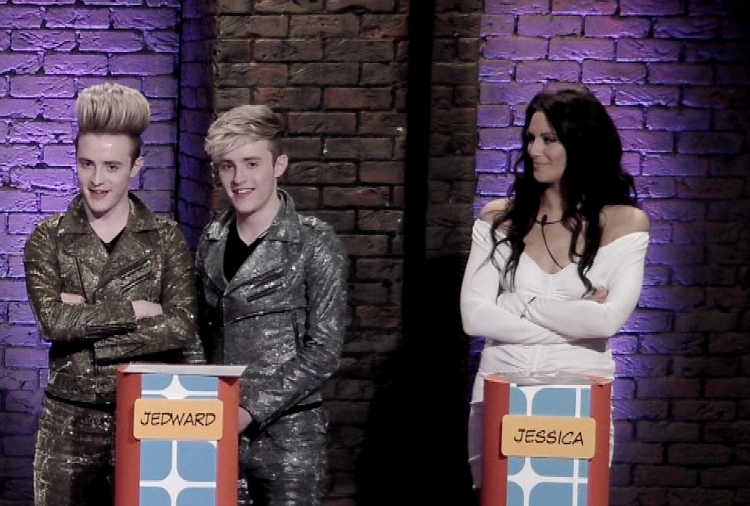 So, what is the Law of attraction (LOA) ? The LOA is where you ask the power of the divine Universe for what you want, then have to believe/feel you already have it, then let it go and have faith it will come true.

You have to see and feel as your future self….A star! 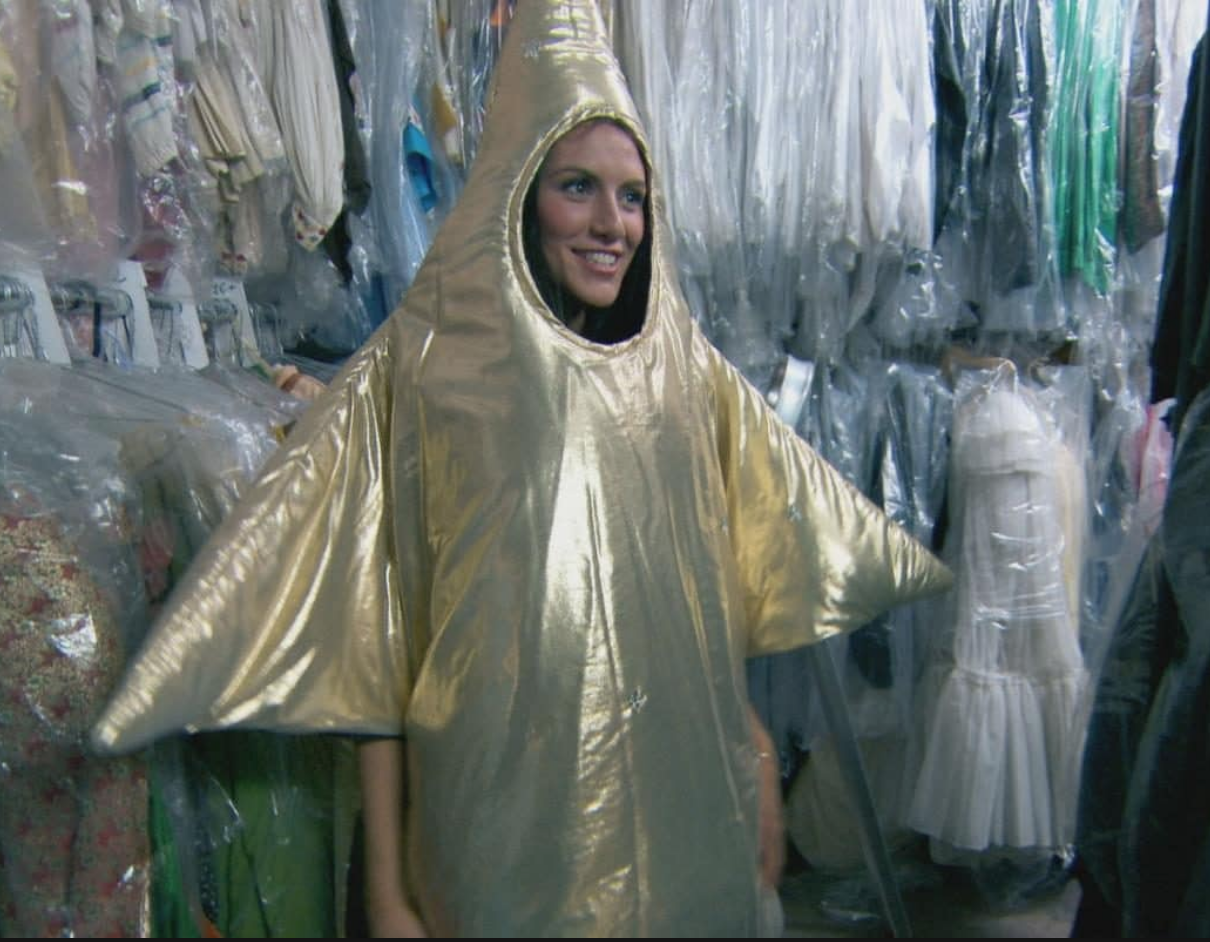 I knew without a doubt that I would be on the Apprentice, I just had a feeling. The Universe however, likes to test your faith.

I actually got on to The Apprentice in 2014, I was pregnant at the time and i thought “Wow, I am doing it for all the pregnant working mamas out there. The first pregnant woman EVER to be on the Apprentice.”

Turns out, they couldn’t get cast insurance and I got dropped. GUTTED.

Two years later I plucked up the courage to apply again, I logged onto my computer, typed into Google “APPLY FOR THE APPRENTICE” and thought YES! This is my moment (Martine McCuttcheon playing in the background, pressed enter…. WTF.  I’VE MISSED THE BLOODY DEADLINE!!!

No, this was not the way my visualisation in a meditative state went. I did the only thing i knew how, cry, Just jokes, I kept the bloody faith didn’t I?

I thought, right, I aint no for an answer. I found out the production company who made the Apprentice, rang them up, told them the full shabang and they told me to send an email- A bloody email, I wanted an invite there and then to the auditions. However I sent an email and got three ‘No’s’ back.

‘Sorry, good luck for next year’

‘Really Sorry, nothing we can do. Apply next year’

‘LEAVE ME THE EFF ALONE AND TAKE THE HINT’

Ok, so I may of made the last one up, the point being I got three No’s. Not giving up…AND STILL keeping the faith, I managed to guess (I impressed myself here) the email address of one of the producers and voila! I managed to get myself through to the first i audition stage.

And the rest is TV history. Looking back actually, maybe it was more to do with the fact I broke down in tears in the audition process in front of two of the Exec producers who obviously saw “TV Gold”….Hmm one ‘jeans task later’!

Then we have CBB…

(Which was strange as Trishna and myself were the only two candidates that said we would never do CBB – hmmm how wrong I was whilst eating my humble pie).

Episode 3 of The Apprentice aired and I received an email from the Booker of CBB asking if I would like to meet her, I was reluctant at first, as I really did not fancy the idea of it. However, something was telling me to go for it, so I did and thank God! As it was a brilliant experience which has opened and continues to open many doors. BUT…it was’nt easy sailing, Jeeze Louise, talk about keeping the faith on this one.

My amazing agent Vickie then took charge from here, Vickie and I both had a feeling that I would be entering the house. Then the launch happened and I was no where to be seen walking down the red carpet.

It was a no, But maybe a yes for the summer.

However, I rang Vickie and my exact words were. “Vickie, Iv just got this feeling that Im going to be in that house”

to which Vickie Replied

8 days passed with no word of going in, but then i got a phone call saying they were thinking of putting me in as three men had been evicted. OUT OF THE FLIPPING BLUE. Again, Martine McCuttcheon started playing, Yes! I thought, the LOA did it again.

One phone call later, It was a No. WTF, NO? This is not part of my Universe LOA magical plan.

“I am destined to meet Jedward”.

Keeping the faith, and visualising chatting with Colleen, Dancing with Jedward and Nicola McClean plucking my eyes brows…I got yet ANOTHER phone call.

“They’re having a meeting of who to put it, Its looking good” Vickie told me. This was on the Wednesday.

“Hi Vic, my bags packed, Iv kept my faith in the Universe, what time are they collecting me?”

Whaaaaat, I couldn’t understand, i’d visualised it so well. I was destined to be in the diary room, surely?

“Do you think they might change their mind, I really feel like i’m going into that house”

“I felt like that too, but No, they never change their mind, Maybe the summer one”

“They want you in the house, They’ve changed their minds” 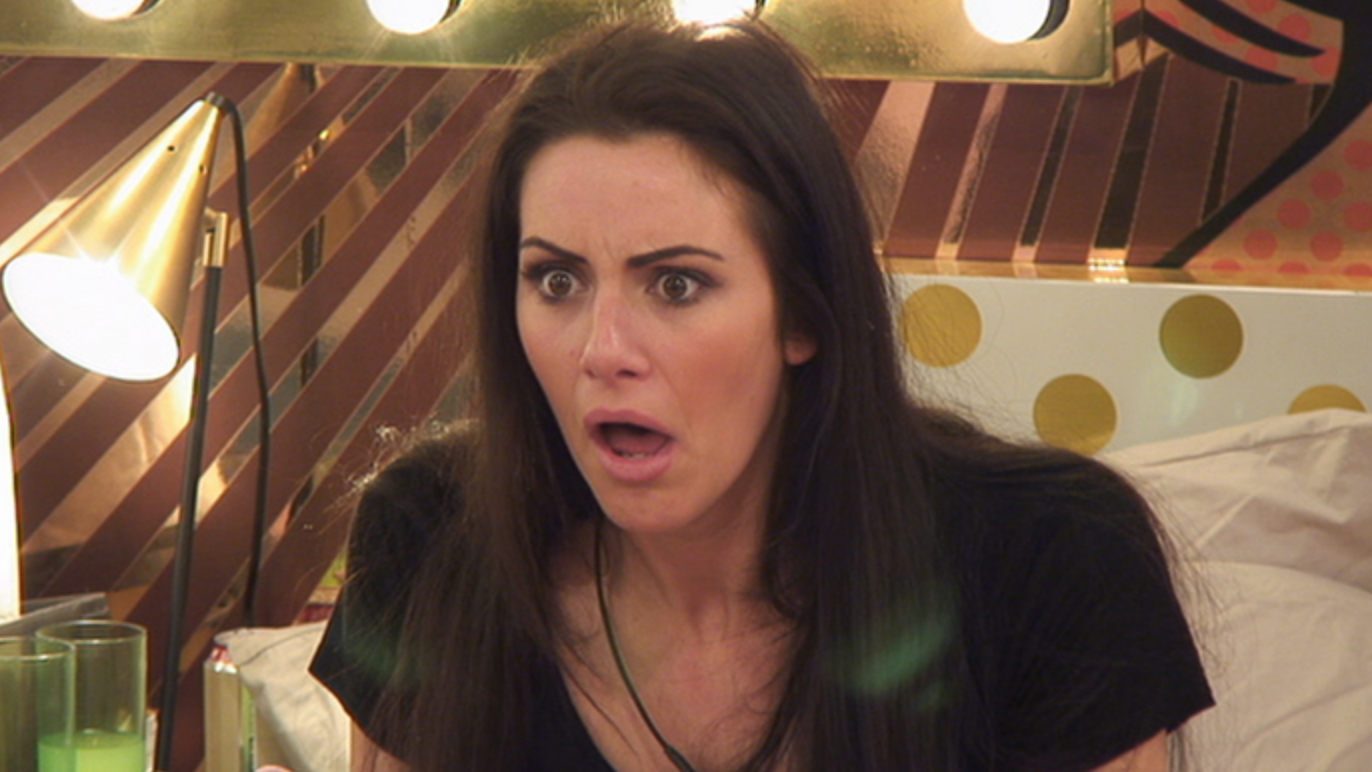 It was at that point that I really understood about positive thought, the magic of the Law Of Attraction and power of belief. The universe (And also the lovely Hannah, the CBB booker) and worked the magic.

I had 16 hours to get packed, sorted, and nip to build a bear with the kids to get them a bear that they could squeeze and hear my voice say:

“Whats been your favourite part of the day? Im missing you, but I’ll be home soon”

A year later, I’m now regretting it, as Hatti presses it at 5:45am every morning and the battery is near it’s death and resembles a slow version of Darth Vader with a northern accent! 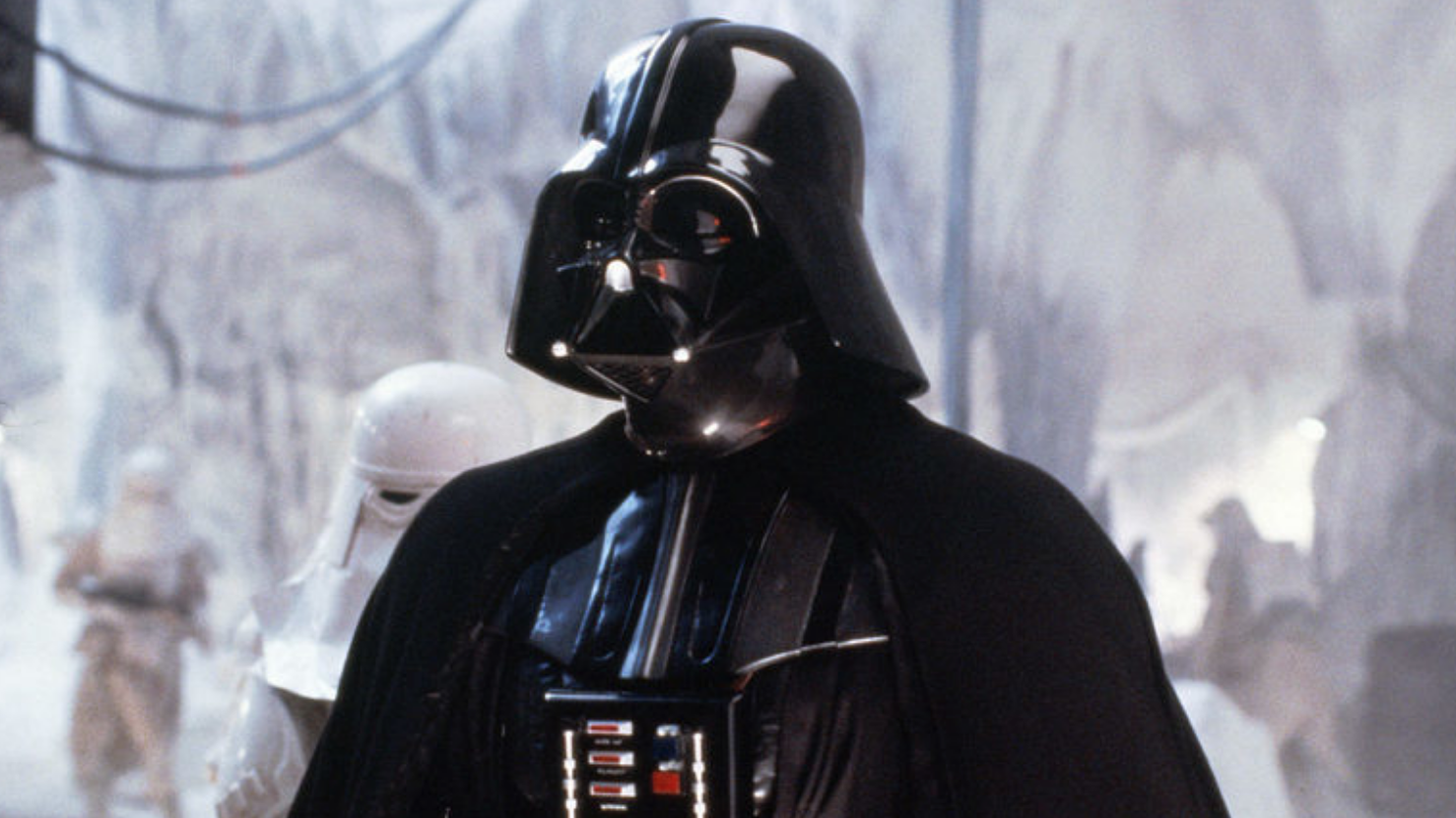 To experience life is incredible. Life changing events can come out of the blue, and everything can change in a moment. I speak through experience, and not just the experience of the above, but my life has been a series of “out of the blue” events. The most of them positive, a couple tragic and all of them life altering.

What ever your situation is right now, If its crap, believe and visualise it changing. Have faith that circumstances can change in an instant. Welcome the change.

If your life is good, keep that feeling and keep visualising the direction in which you want your life to go, you deserve to be happy. We all do.

If you want to find out more about the LOA a few books to look at are: