Ok, Ok, so it is fair to say that my Kim Kardashian Instagram post got a fair bit of traction. 70% of the comments were in agreeance, 5% were neutral, 5% were asking why Instagram was parenting my friends child (yes, even I wondered if these comments were serious and looking at corresponding profile pictures, cleary these people couldn’t understand the content of the post) and the other 20% were from die-hard Kardashian fans! 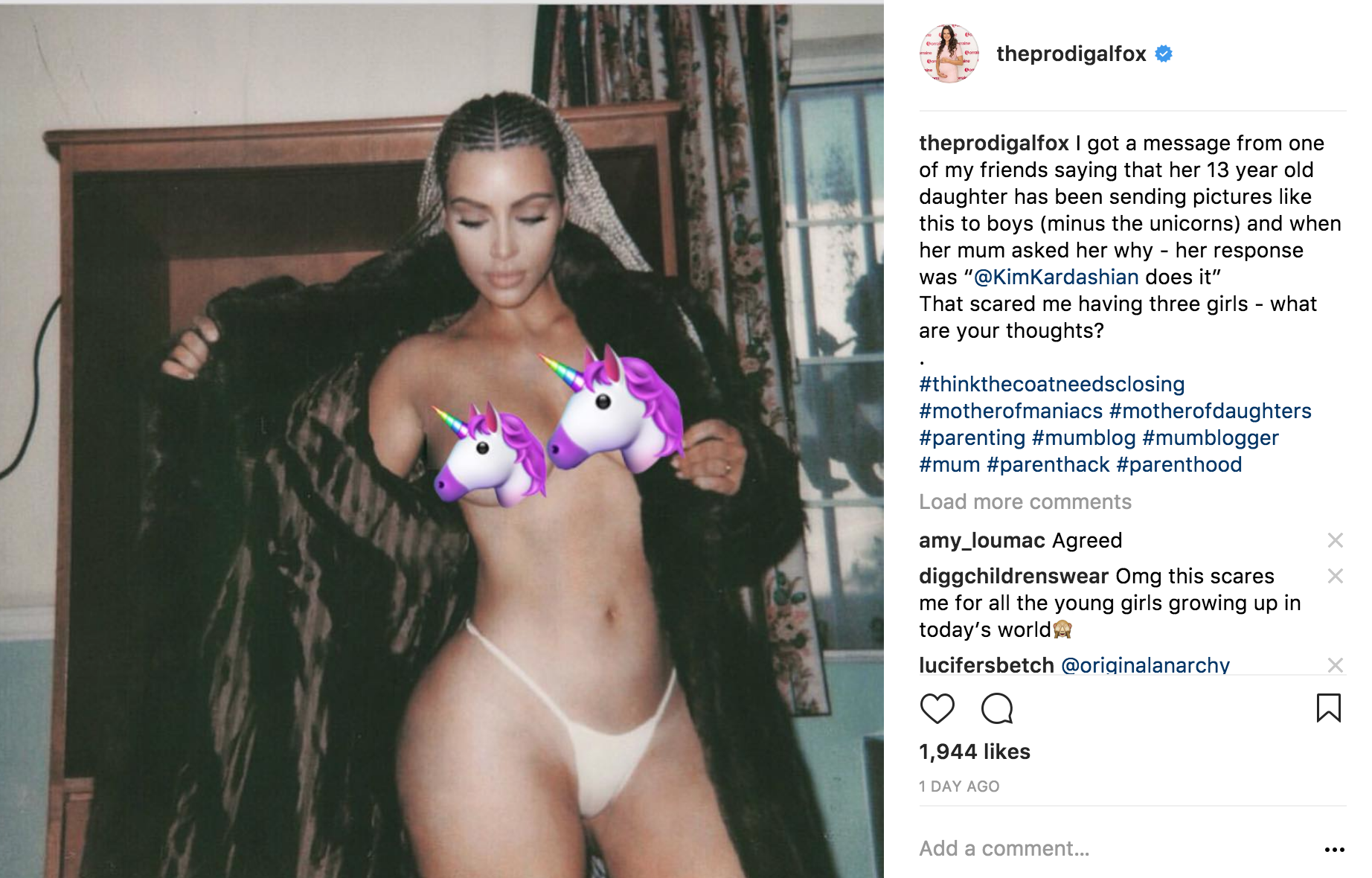 So, from reading the comments, I wanted to address a few of the points. The points being:

Now, I may be wrong, and this may be an assumption but I am assuming the people who have written the comments like this don’t have children and don’t know teenagers of this age. I get this assumption as a 13-year-old, would be in year 9, starting to choose their GCSE, going round to their friend’s house, starting to get a little bit more independent, and part of that independence is having a phone so your parents can get hold of you. All of my friends who have kids that are 13+ have phones, and so do the majority of their friends.

Now, imagine back to when you were 13…. well, all my friends were allowed to wear, make-up, whereas I had to sneak my lipgloss and mascara in the role of my skirt and put it on in the school toilets. This is also the age I started getting embarrassed talking to boys, started getting influenced by my friends (AS WELL AS my parents) and used to get really excited when I got a text message on my Nokia3210 and then disappointed that I couldn’t reply as I hadn’t bought my £10 top-up card!

A phone is the first start of independence for a teenager, and the 5 people you surround yourself with are the people that influence you the most. In childhood and also adult hood!

2.” Its up to you to parent your children, not Kim Kardashian or Instagram”.

Again, the people who write comments like this are just plain idiotic. Of course, it is a parents job to parent the child, but part of that parenting is giving your child independence, trust and faith that they have listened to your advice. However, a part of being a child/teenager and growing up is making mistakes, learning, problem-solving and thinking your parents do not know best.

There were also a few comments that said: “Kim didn’t ask to be a role model”….

I understand this, and I only have 41,000 followers. But, I understand that I may or may not influence someone and I hope that if I do, it is positive.

3. “Kim looks fantastic, and I think its great that she is so body confident after 3 kids”

Yes, Kim does look great, But so would a lot of people of they had bum implants, breast surgery, liposuction, lip fillers, botox and other various cocktails of image altering surgery. Have people forgotten this is not normal to have so much surgery? Kyle Jenner, had lip fillers at 17 – is this not worrying? When people have cosmetic surgery it is generally due to low self-esteem to do with that part of the body. I am not against surgery if it can boost your self-esteem and it is a thought-out process and not one trying to be perfect, then bloody go for it! PERFECTION DOES NOT EXIST!!!!!

What I am against is the constant influnce of this being pushed on young women. Is it a coincidence that everyone os starting to look the samer? Or is it the influnec of social media and celebrity? 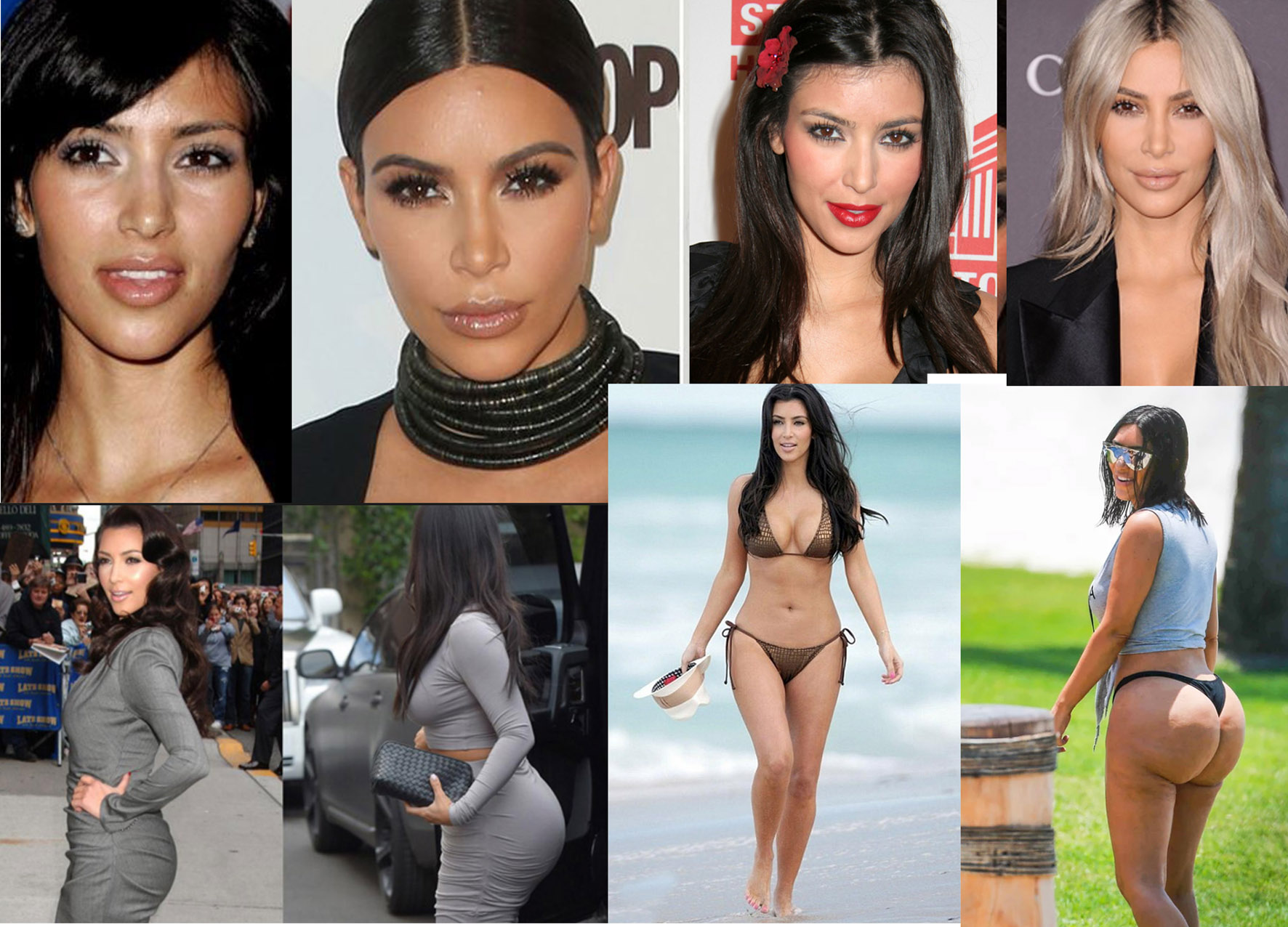 I also want to get this straight, I am not saying or suggesting that I am against lingerie shoots, or even fully naked photo shoots, what I am saying is: as an influencer to those that follow us, surely we have a responsibility that we are being the best role model that we can. The two images below have two very different meanings, tones and feeling. I know which one I prefer! What I am saying is learn your audicence. 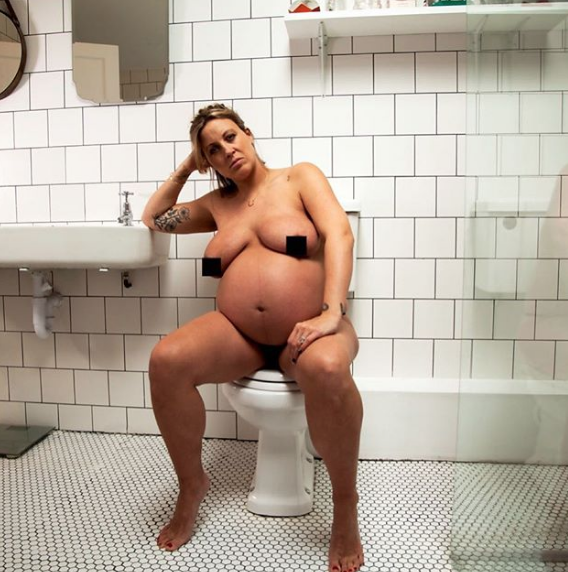 Clemmie Telford is a mum blogger, and her following is of mums, parents and mainly women who have had children and been pregnant or are pregnant. 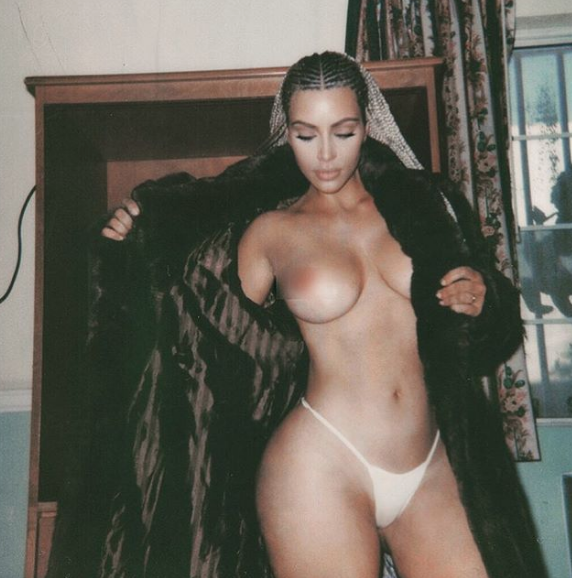 If you are parent, what are your thoughts on this? Are we championing the right role models? Is this picture ok?