Parenting is bloody expensive when you have one child, let alone three! I remember the days where I thought nothing of spending £3 on a Barbie electric toothbrush from B&M’s, when I only had one child.  NOW, I dread the moment when all three need a new toothbrush! Actually saying that I dread all seasonal spends. The ‘back to school’ spend, the ‘winter coat’ spend, the ‘summer wardrobe’ spend, even the ‘weekly food shop spend’… #NoEndToTheSpend

One thing I never dread however is the weekend spend, I always ensure we do something as a family that is fun, age appropriate and doesn’t cost a fortune. The reason being I remember on more than several occasions where I’d spend a small fortune, the kids would cry…ALL DAY!  I’d get the “she cant cope” look from a number of civilised members of the public, (You’re right, I cant f@!king cope when I have three kids under six having an atomic meltdown in public) and I’d be strutting my stuff with one child in a  ‘fireman’s’ lift, another child under my other arm, and working the dead leg drag (dragging a small child attached to my leg along the floor). Those were the days that I’d rather it literally cost me an arm and an actual leg. 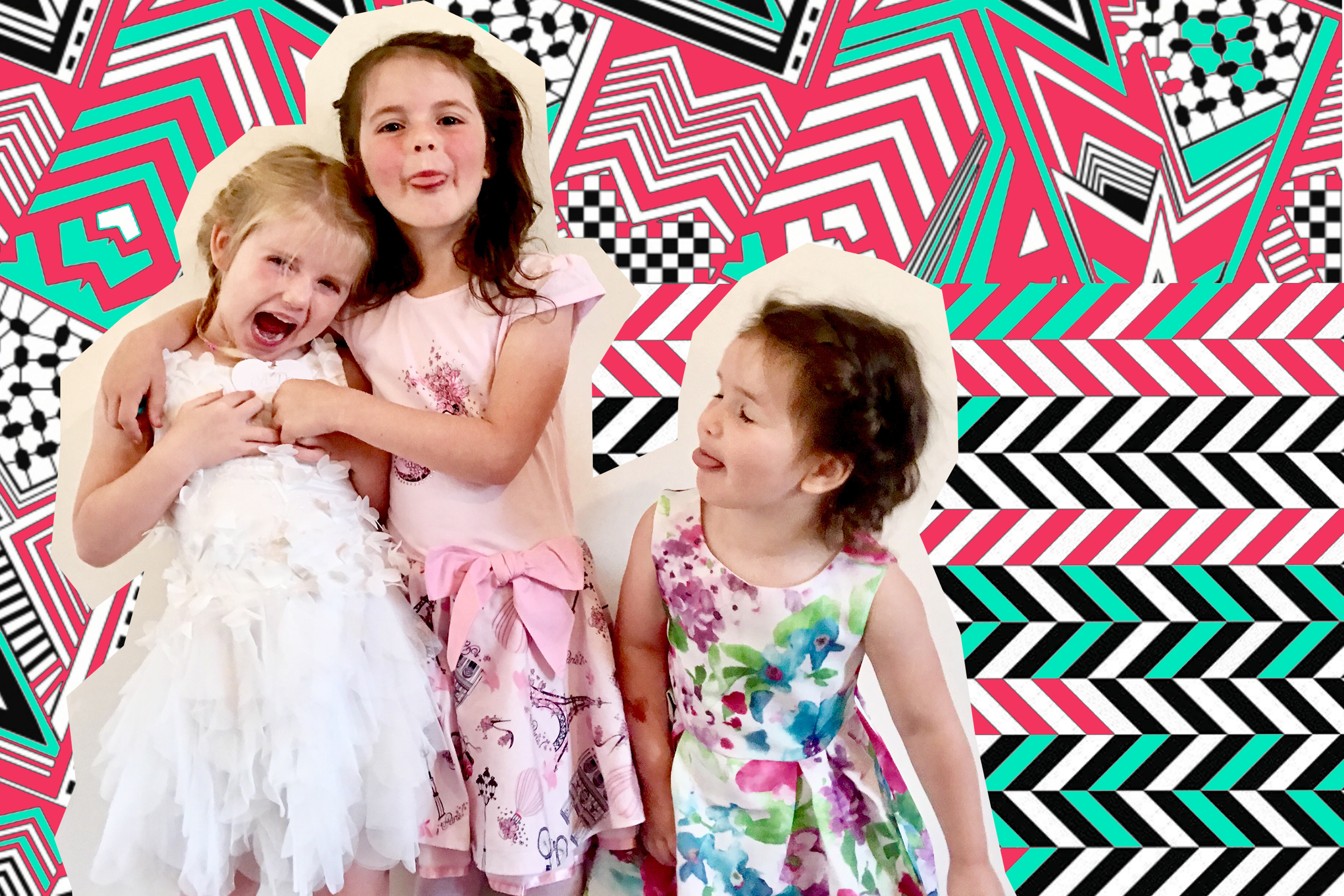 Being frustrated by this, I made a decision that I would enforce a new tradition in the #MOMhouse – £20 Sundays. And only spend money on experiences and days out that the kids would appreciate and understand the value of (I am big on children understanding the value of money, purely so I don’t get fleeced when they’re in their teens asking for designer gear).

Anything we do as a family on a Sunday has to; 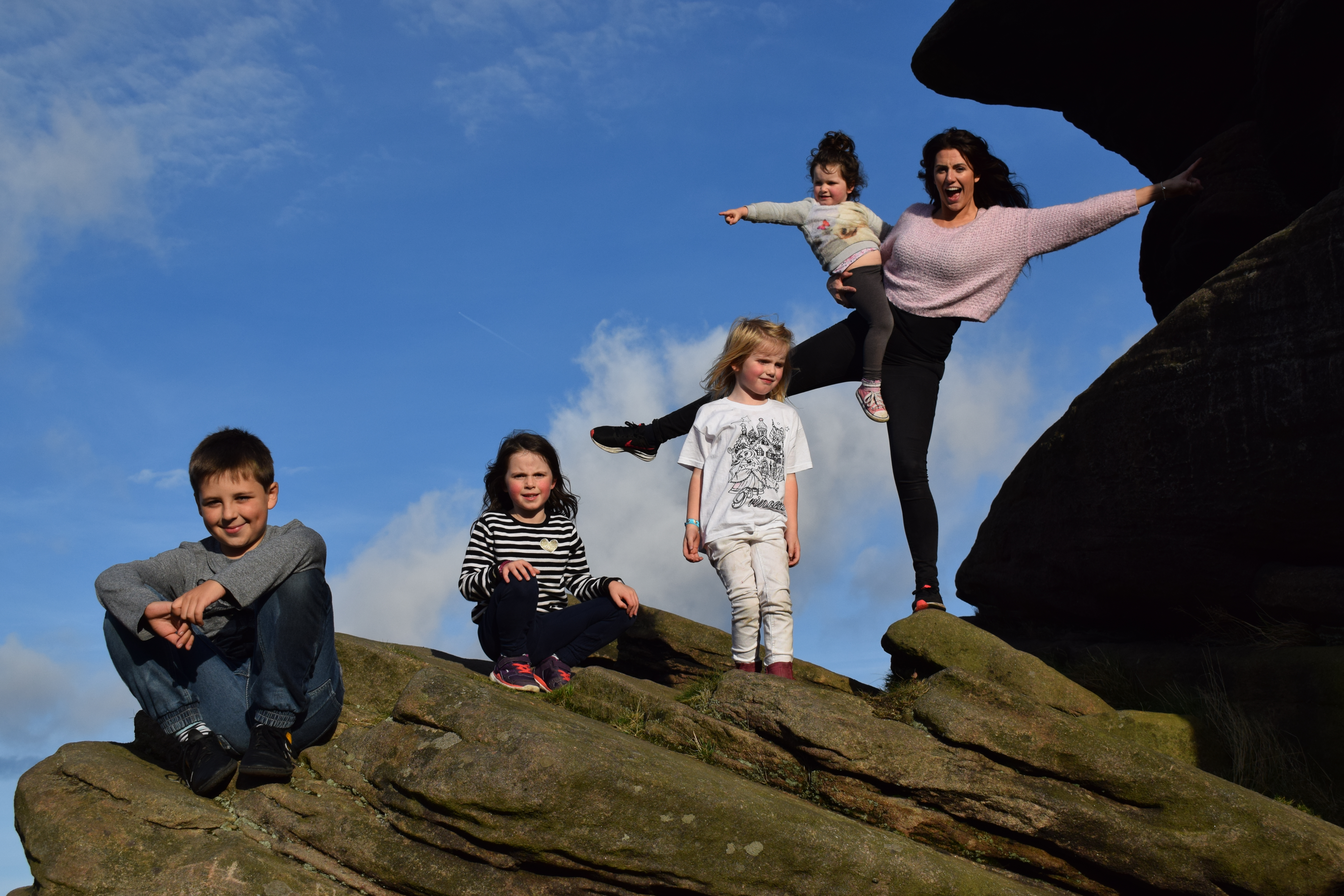 Ok, I told a small porky there, it was a little stressful, We started the Sunday off deciding that we would bake a cake to eat after dinner with a pot of tea. (Tea always tastes better in a teapot and always looks good when you’re sharing photo’s on Facebook I find – like you’re going that ‘extra’ mile).

Oh and to make things really interesting, if three kids, flour, and eggs weren’t enough, we invited my two nephews to join in the tea party.  Five children later, it had to be a Victoria sponge cake that was made, two cakes and enough jobs in producing this masterpiece to keep all five kids entertained.

It started off well, the kids split into two groups with MM (Mini Maniac) being the floater amongst the two. Well, I was impressed myself with how well I was performing, orchestrating these groups. One was pouring flour into a cup, passing it on to be poured into the bowl, the same with the sugar, eggs were getting cracked WITH NO ARGUMENTS. It was going swimmingly. 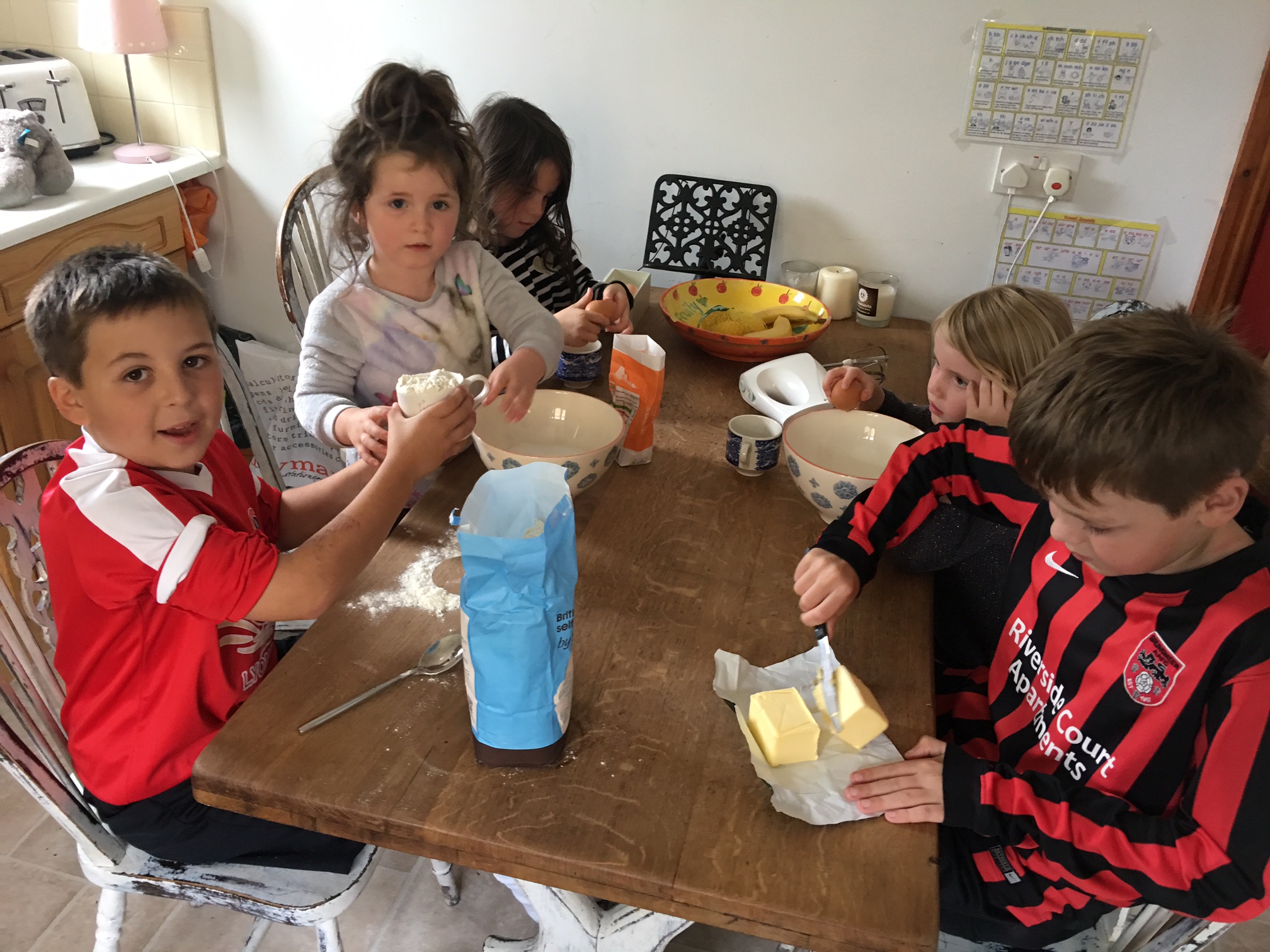 However, things slowly started to go downhill after the mixture was made. Was the mixture the calm before the storm? Hell yes. There were only two bowls and five kids that wanted to lick the mixture from it.

A cry of “I want to lick the bowl” from Hatti, “No, you lick the spoon” a response from Seb. “It’s my tuuuuuurn” Olive piped up.

“It’s not fair, I’m licking the bowl” I cried after ‘accidentally’ dipping my finger into the mixture ten minutes prior and tasting a sugary delight. 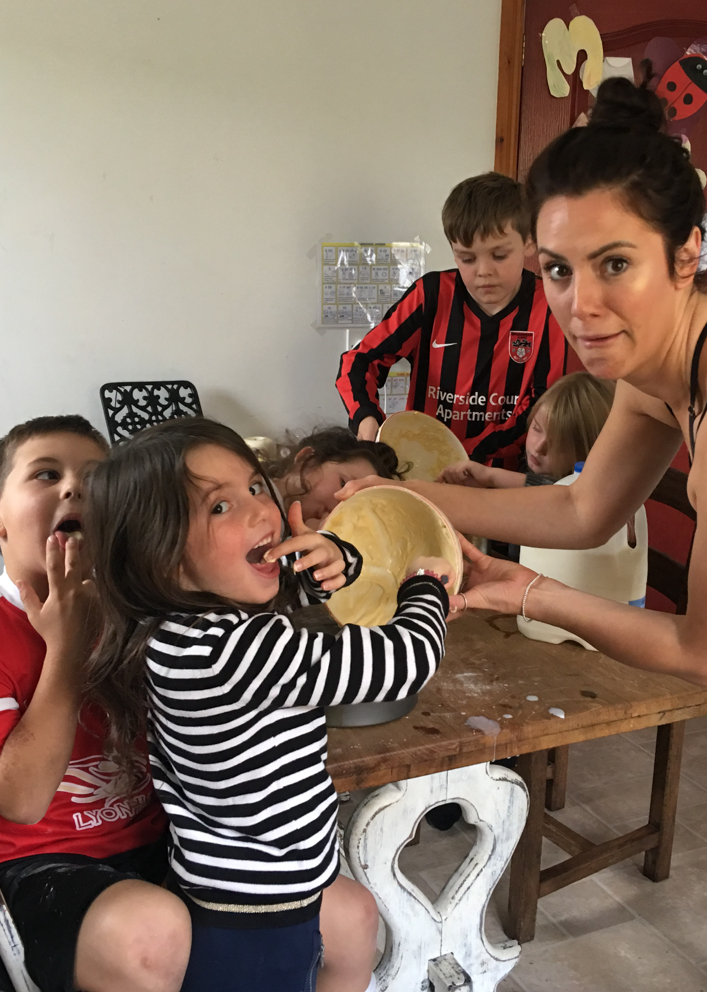 And then something unexpected happened, it would appear we added too much milk to the mixture…. 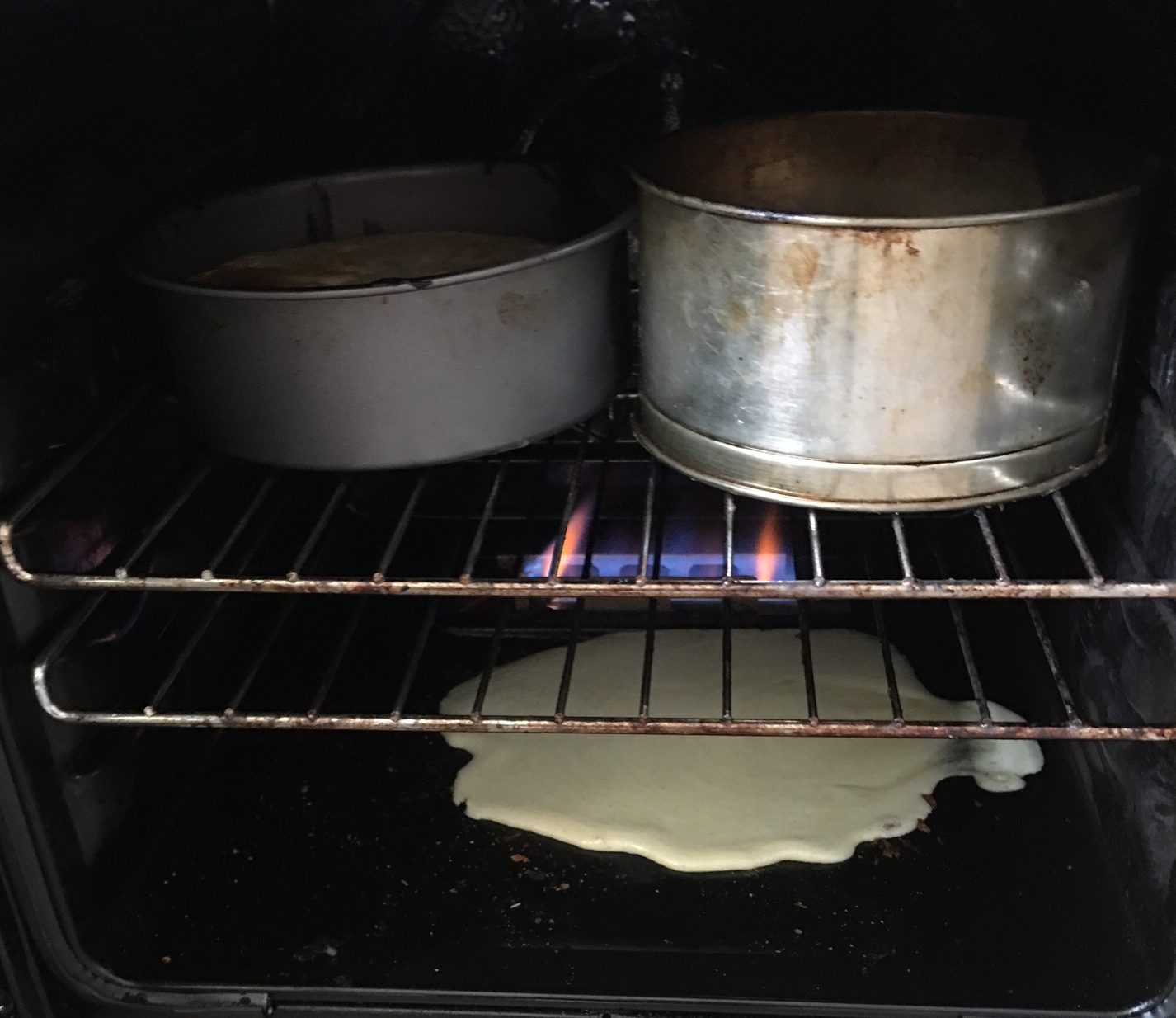 However, although a doomful cake seemed inevitable at this point with half the mixture on the oven floor, the cake, the kids, and my cake mixture skills turned out quite alright.  … 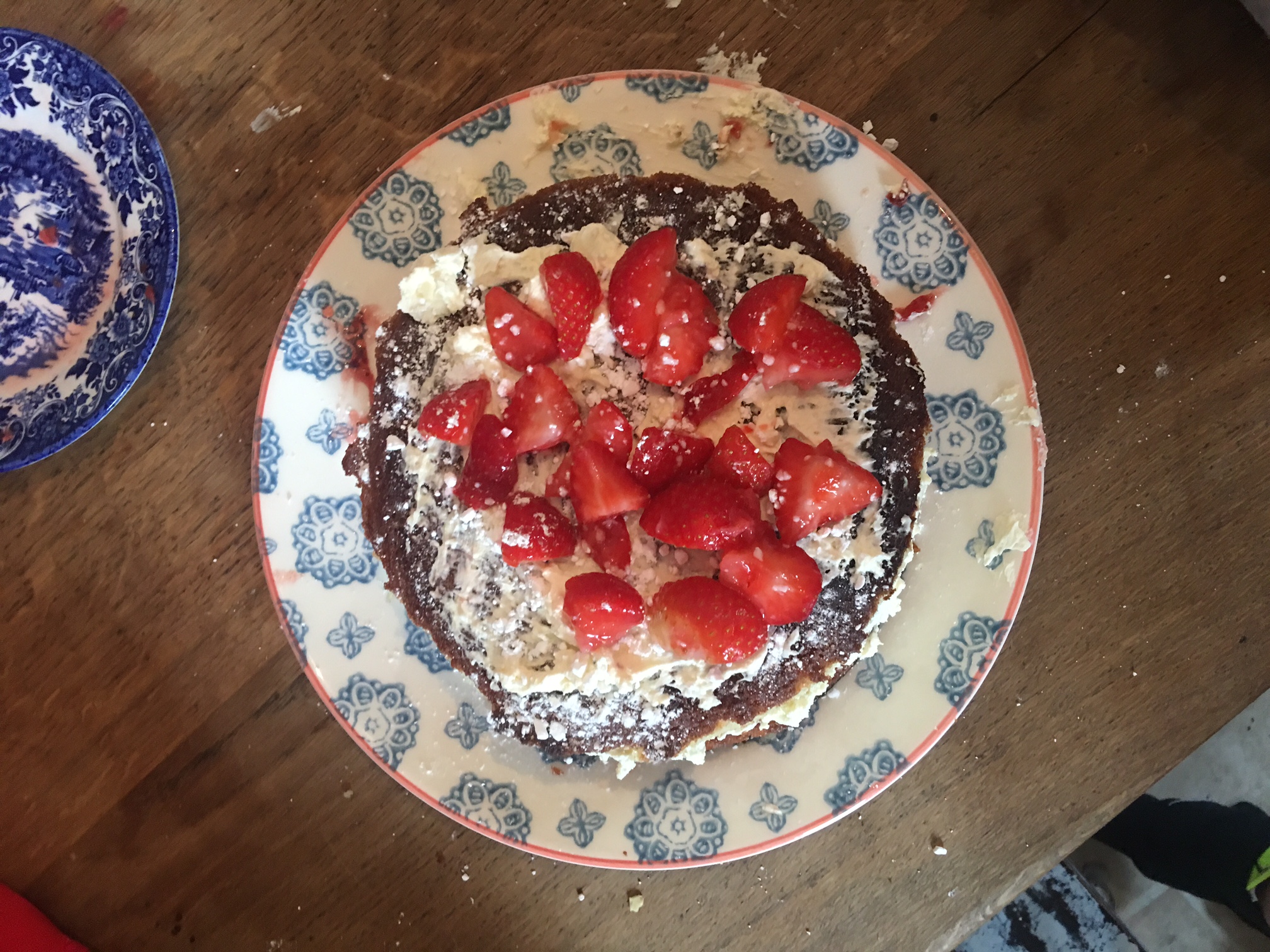 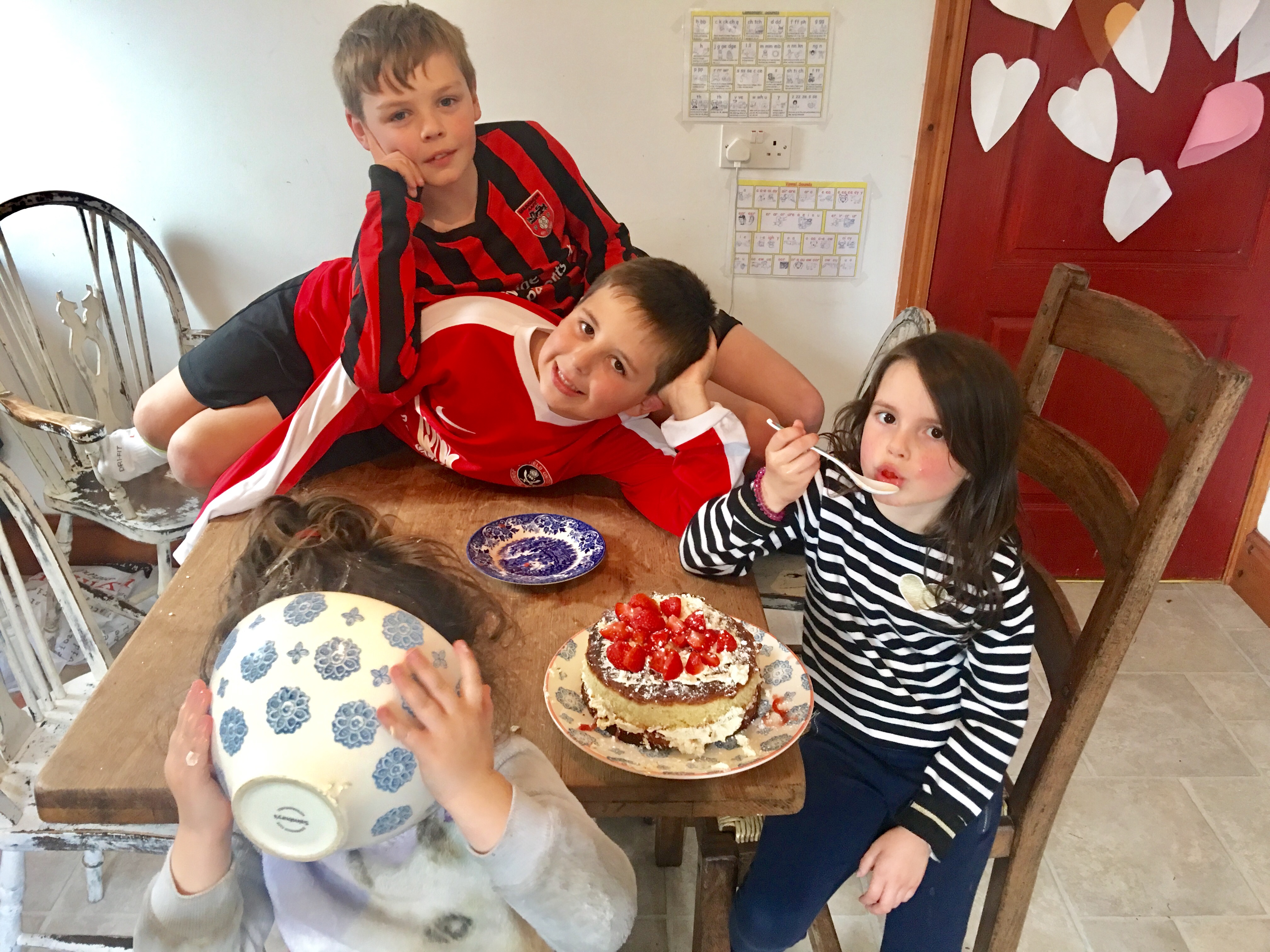 I thought this deserved a pat on the back, so patting myself and the kids (more myself) on the back, we then got ready for the second half the day –  A trek, up to a hill! My suggestion of course as I planned to devour that cake with my pot of tea later, and you know what they say…. #Momentonthelipslifetimeonthehips.

Just before we left, I popped an Aldi special chicken (with stuffing) into the oven, so it would be ready for when we got back, knowing full well I would have HANGRY kids. Again, I took this opportunity to pat myself on the back. Which resulted in happy kids AND being organized – two things that rarely happen.

And we were off, on our way… 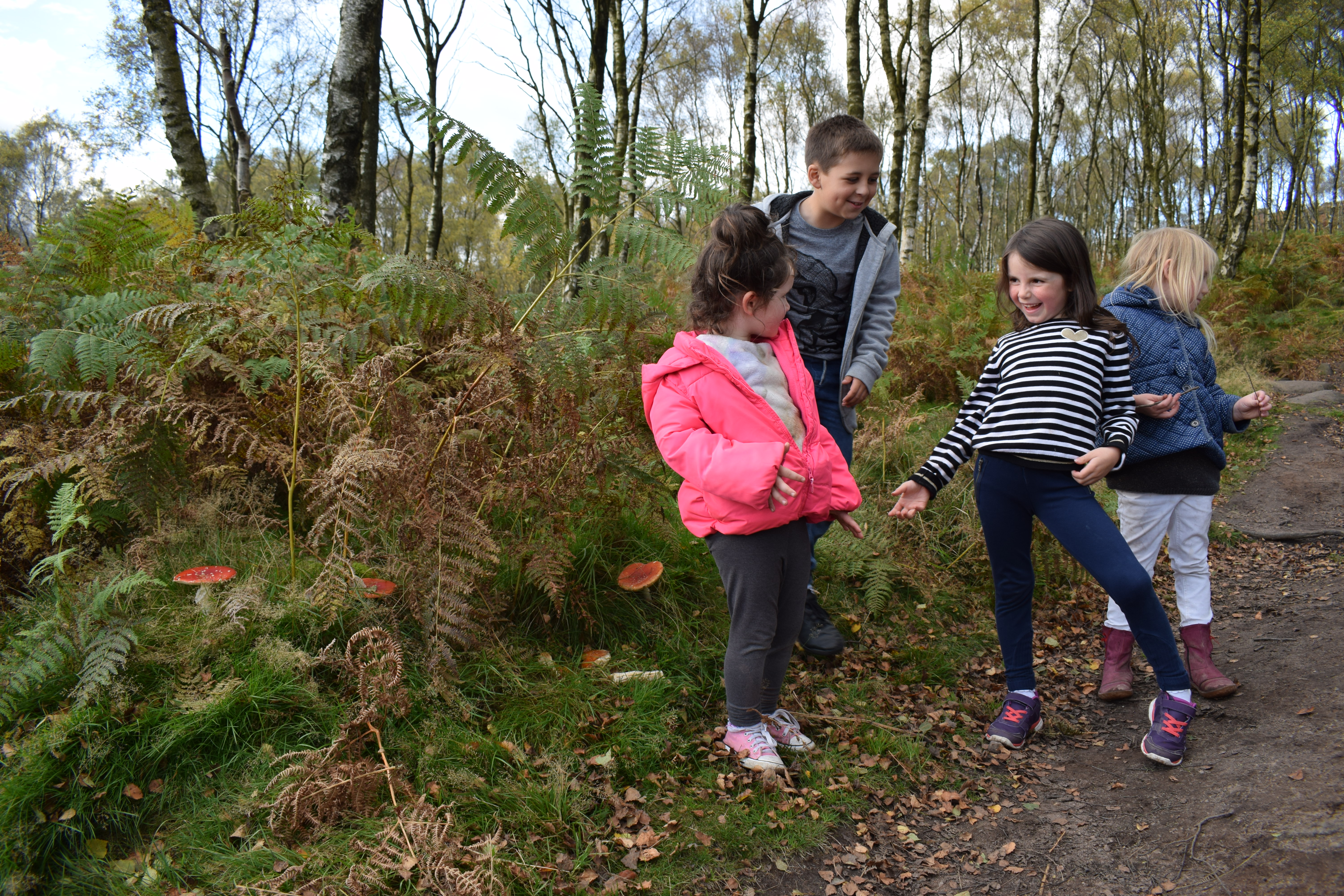 I thought this would be a perfect opportunity to get some picture for the Mother Of Maniacs blog. So this is me telling Alex to take a picture of me, taking a picture, but to also make sure it looks like I don’t know he is taking the picture. #SKILLS 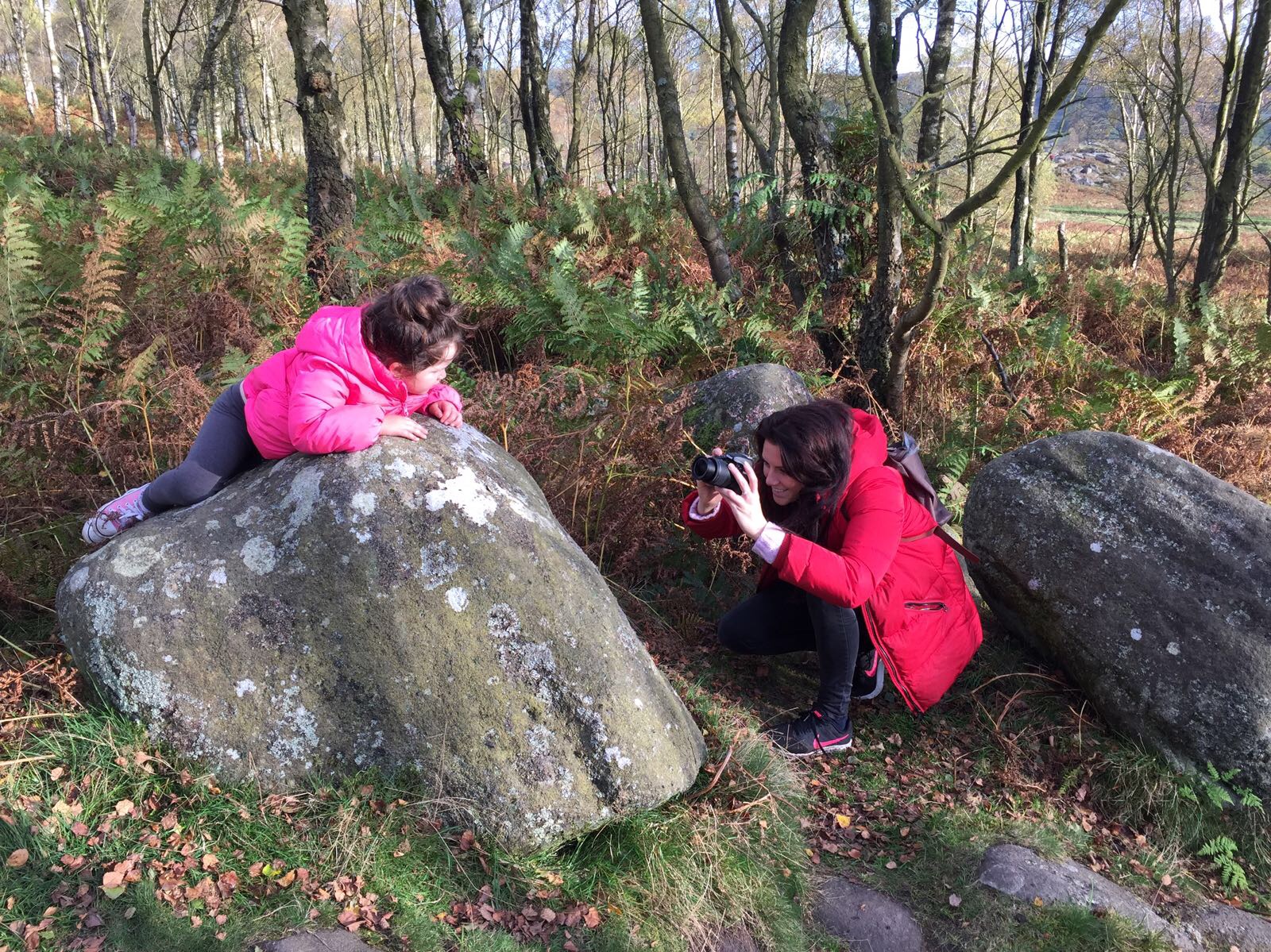 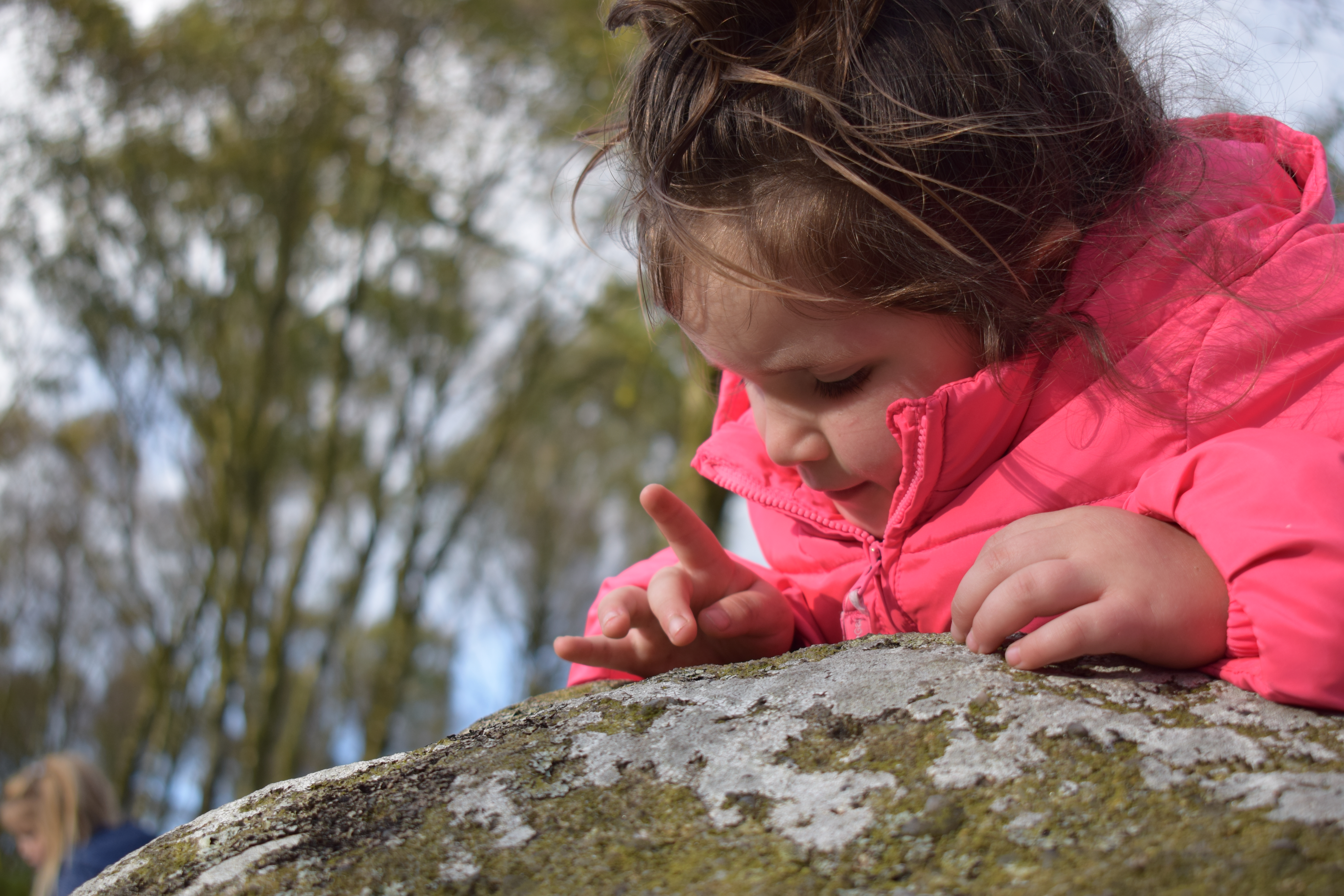 The kids love walking, but  now and again we still need to use a little bit of imagination, as children seem to get bored of walking within 3 minutes of the journey. When this happens, and if we are on a new walk, I usually use two lines:” There is a sweet shop at the top of that hill”, followed by “Eh, oooh,  I don’t understand that it must have moved location”, when we get to the top of the hill. Try it, ity works every time.

But…… on rare occasions, there has been a sweet shop at the top of the hill and I have had no form of cash…The walk back from that mistake is painful. Really painful.

On this occasion though, the kids have been on this walk before, and they love the first half of the walk, running eagerly, jumping and climbing. 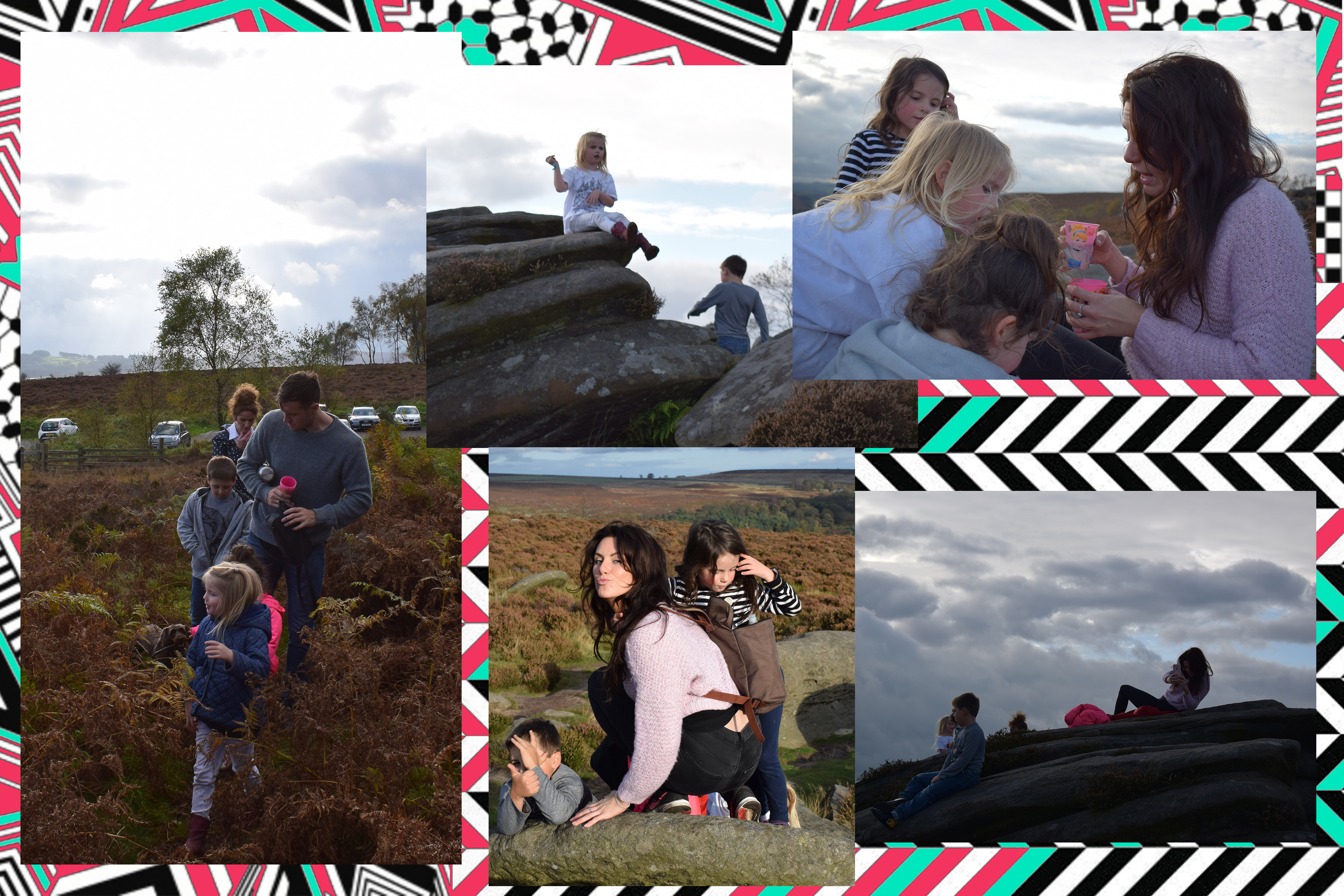 The second half of the walk, the walk back. Not so much.  Embracing our inner superheroes and seeing ‘how fast we can back to the car’ (AKA: getting them to move in a forward direction). Initially, I thought “what a great idea”, cracked it again, another pat on the back. In reality, Olive took this role way too seriously. Every 5 minutes, she would stop, stand, pose and shout “Supergirl” and then wait..and wait…and wait. Then run off and repeat again. This happened 19 times. 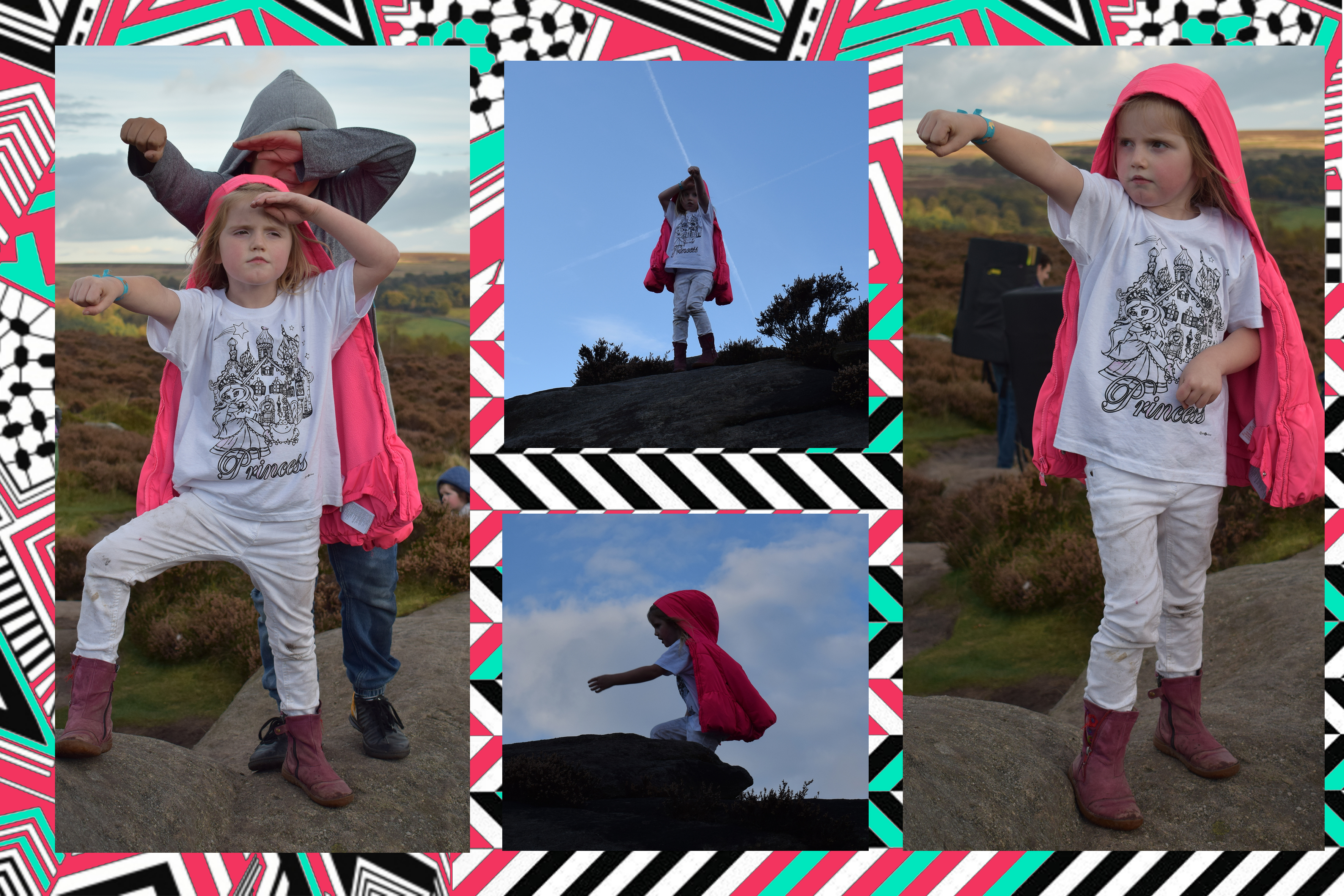 Eventually, getting back to the car, absolutely starving and with cake in my mind we made our way home. Arriving home, we did a team effort  – I forced the team to make an effort and to set the table whilst I prepared dinner. Hot chicken and stuffing sandwiches, on crusty bread, with gravy. Absolute treat. 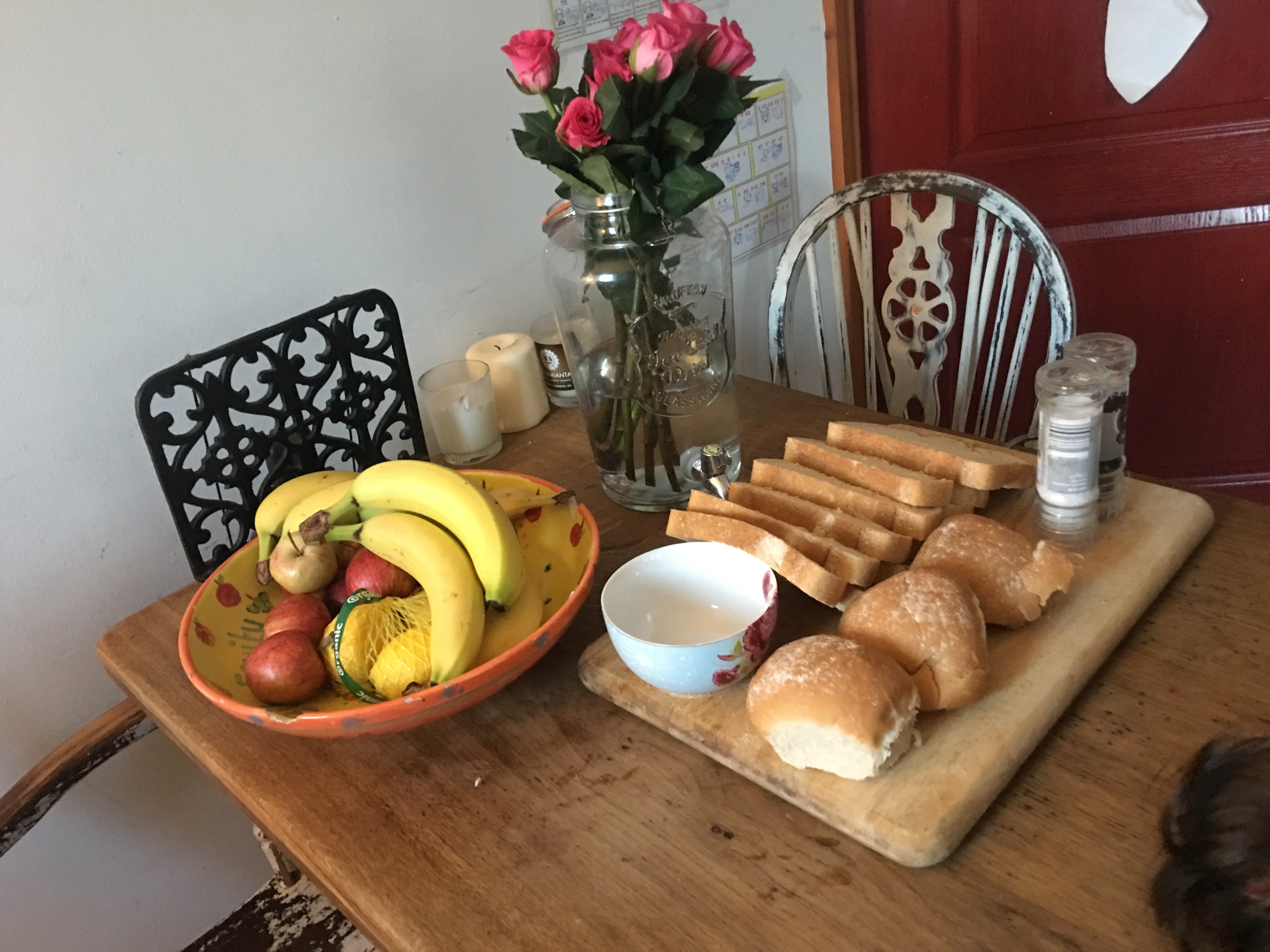 And that was our Sunday. £13.84 well-spent pennys! Days with the kids can be as expensive, or inexpensive as you like. My kids, love being kids, and the beauty of children, they don’t know the difference in pricey days out or free walks. As long as they are having fun.

All ingredients were from Aldi, and for the method – google it “How to make a victoria sponge cake”.

White chocolate (in the cream) £1

Milk (I already had this in, so that doesn’t count)

A Sunday well spent, brings a week of content. 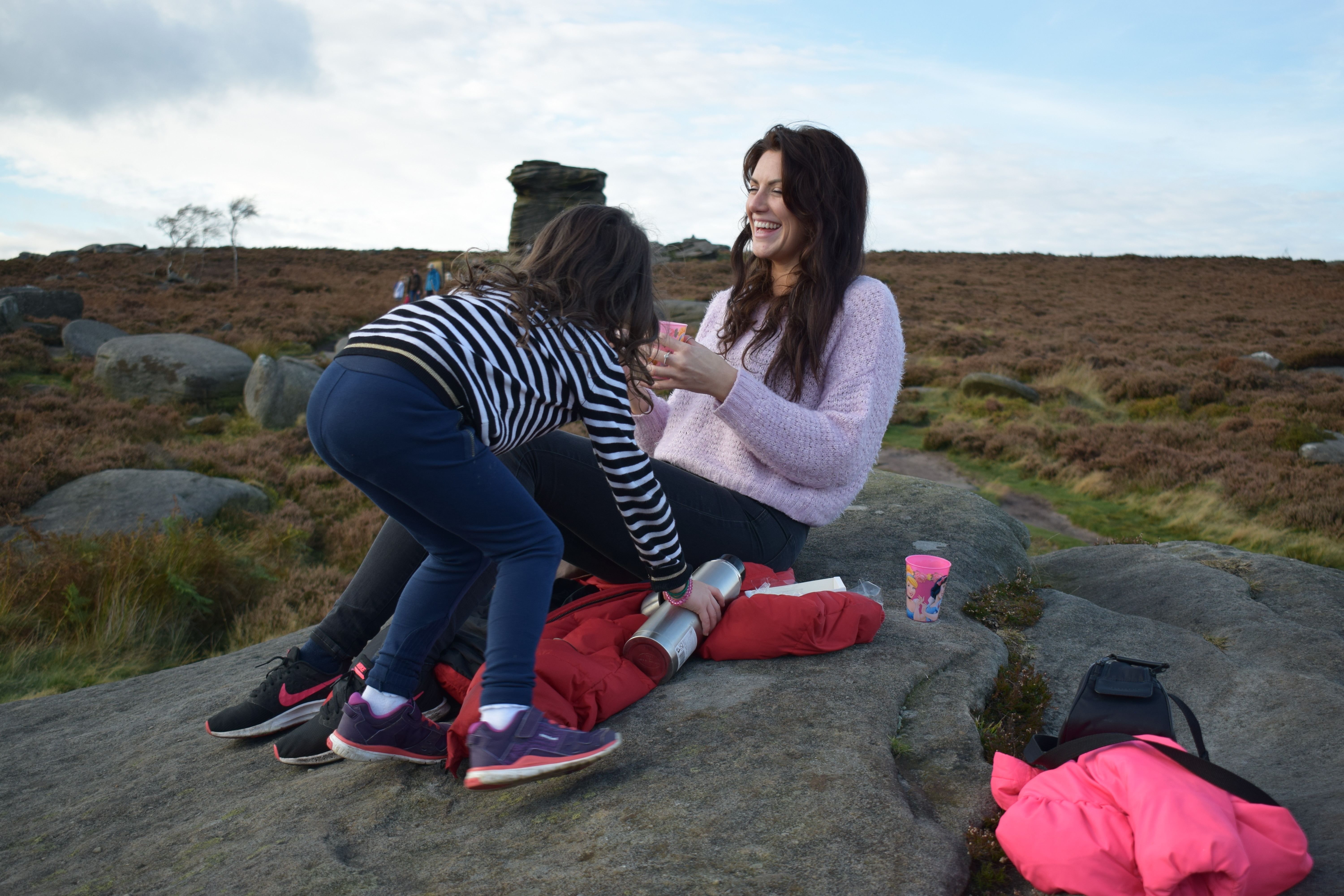