OK, OK, I am not usually one for competitions, but recently I have been practising the Law of Gratitude and the Law of Attraction and as if by magic this competition to win up to £12,000 (click here)  was placed before my very eyes!

Now how this came about is: I realised that Christmas for most is a magical time of year, but it can also be a huge financial stress and also put added pressure on those who are already in debt. So on my quest, I Googled to try and find a solution that could help people who are in financial difficulty and just take away that gut-wrenching and sickly feeling that most people have of “where am I going to find the money for ‘this’ or where will I find the cash for ‘that'”.

And then, as if the universe had worked in sync, I came across a company called Hanover Insolvency who is one of the top 3 personal debt specialists in the UK…AND they are giving (yes giving, after all it is that time of year) up to £12, 000 to one lucky person to ‘get out of the red and into the black’ just in time for Christmas! 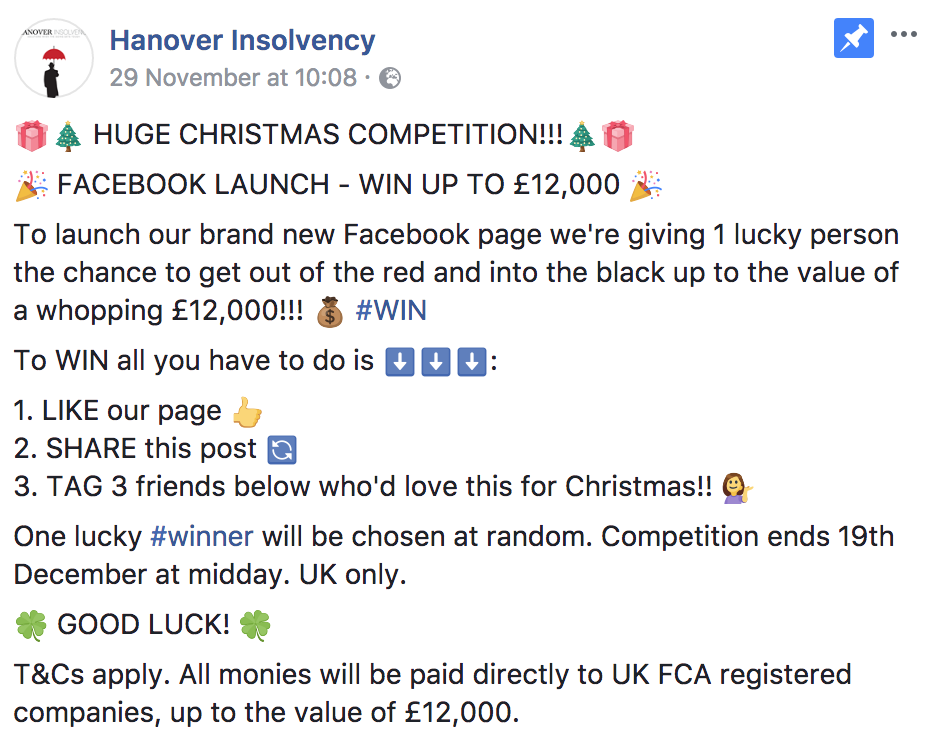 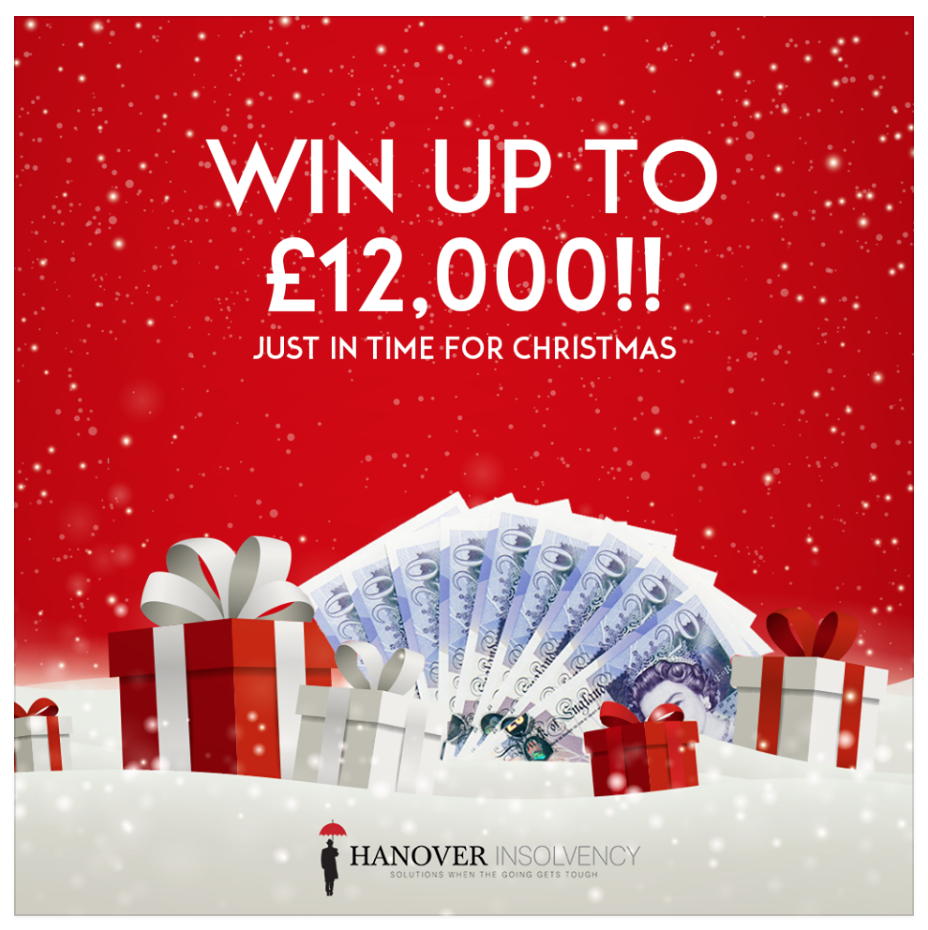 Debt is a bloody crappy situation of life, most of us have been there, including me! I’ve been in a right pickle, robbing Peter to pay Paul, ignoring letters, emails and it’s awful. I had been in situations where I had worked all hours God sends, had no money to pay for things, not known where to start to organize my finances, and then it was Christmas, followed by a birthday, followed by a fine!!! So instead of tackling it face on, I would ignore it.

What I realised was, when you bite the bullet and just sit down and go through your finances and situations, things are never as bad as they are when played out in your head. Then when you get your head above water, and you have time to breath, it’s a wonderful feeling and then that gives you a sense of achievement so organising your life, letters and emails don’t seem like the ‘never-ending story’.

There are other companies out there that are similar, but I  liked this one as there website and Facebook page wasn’t full of words and sentences that I don’t understand…AND the fact they have a competition on is an added bonus!

If you are struggling with debt, don’t! Below are some useful links and numbers – and I promise you, you won’t be alone!

I hope this has helped some of you!