Jeff – you let me down. The Apprentice Episode 2

YAAAAAS!!! 9pm couldn’t come quick enough. The Apprentice was back on TV  and what an episode. It’s so strange to watch the series this year. I remember instantly what its like to be working with morons, oops I mean a high caliber and a fine bunch of business individuals, Nah, I do mean morons.

Everyone talking over one another, fighting for airtime, wanting to shine in front of the LEGEND (deserves capitals) that is Claude, and trying to prove to Karren that you are more than the idiotic fool presented infront of her, all whilst wondering what information is being fed back to ‘The Don’, Lord Sugar.

And then you have the added pressure of the producers enticing you to go stir crazy, planting seeds of paranoia, which over the 12 weeks will turn into a frikin oak tree and reduce you to tears. HMM, sometimes it only takes 2 weeks….

Me two weeks deep into The Apprentice.

Firstly, I am not going to give you a word for word on what happened in this weeks task,  I’d fall asleep myself writing a full synopsis, and I’m already regretting committing to a weekly conclusion. However,  getting back to tonight’s episode, Task two – It simple, great quality and great margins. The boys (and I say boys, because let’s be honest…) dived straight in for the quality and luxury market, it’s bloody marvelous that it looks good, rephrase that, that you want it to look good but if you aren’t making money from it, or enough to warrant the work, then it’s not going to work. Especially with that mood board.

Whereas the girls have the ethos of,  f@!k this, let make as much cash as we can selling crap, actual crap. At this point, I’m between a rock and stone (or whatever that metaphor is), I don’t know which team to back! The only thing swaying me towards the boys team, is that smooth talking, on hold, LA style voice, Jeff. I knew as soon as

I knew as soon as I heard the ‘music to my ears’ start to talk, that this young chap, this breakdancing genius, this mathematical whizz, was the underdog of this series! The born winner… erm, how wrong I was. 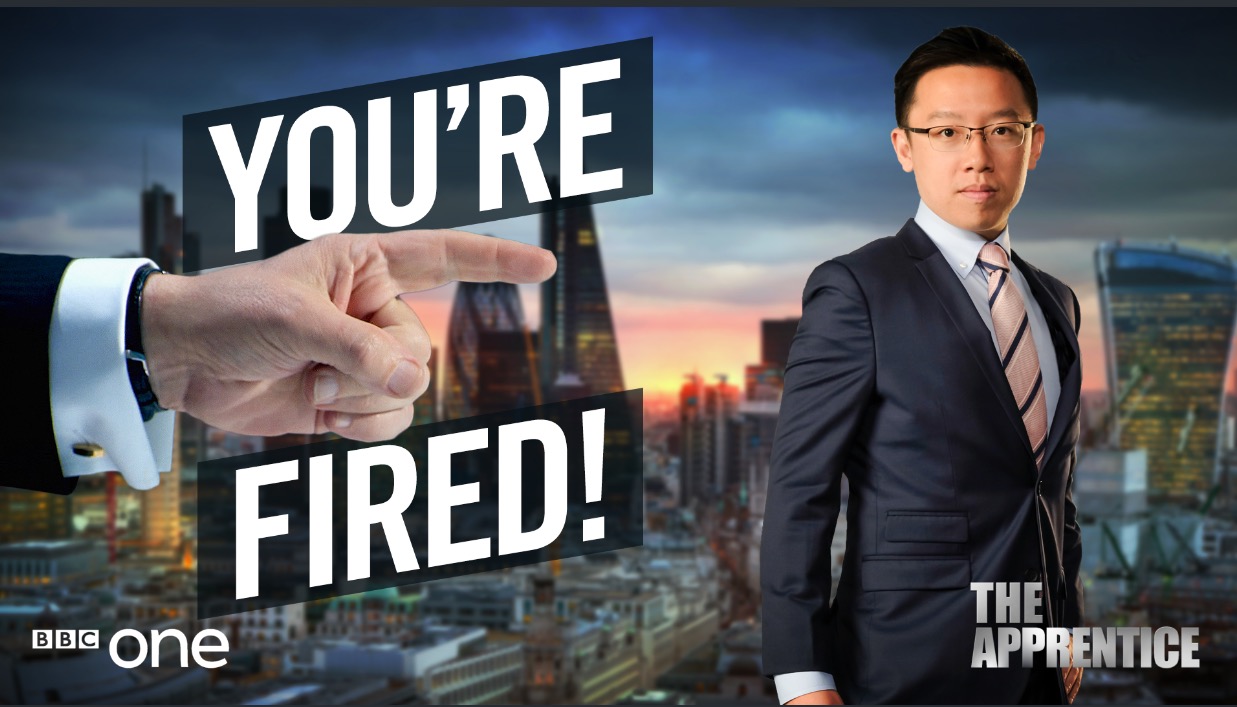 I mean, I know he messed up on the numbers, but HAVE YOU SEEN HIS MOVES? Just when i think he is in, they take him away from me. I need my weekly fix of that voice. Failing that, I need to find a new love for this series, well, luckily I have two, Michaela and Sajan.

I particularly liked Michaela’s use of the word ‘bell end’ in this episode, very business-esque especially in that recognizable Northern accent, a cut from the same cloth, Michaela is in my final 5.

However, I do think a boy is going to win this series, I say this as the boys are;

B) have lost two weeks in a row

Which means one thing….the underdog is amongst them somewhere. Could it be my PF (Personal fave) in the boys, Sajan? I mean the clues are literally written on the wall, in red, yellow and blue! Yes I feel I could be onto something here, he could be my new champion. Him or maybe Ross, it would appear this guy gets away with murder or has some sort of cryptic power. No one tells ‘The Don’ (in so many words) to ‘shut it’ and get away with it. Could Ross be a potential winner? And have Shugs intrigued by his lingo and lack of manners..hmmm, one to watch.

Overall, it would appear judging from this episode, that if you want to succeed in life, then sell crap for a high price, forget to respect your elders (Sorry Shugs), and leave breakdancing, at the break of dancing.

Which leads me to next week, selling robots, I am eager to see how Michaela and Sarjan perform, hopefully, full witted and entertaining.