Right, I feel the need to talk about Escape rooms! Last year (A month ago haha) went to two escape rooms. With the kids and a competitive partner, that seemed to forget that we were doing it with the kids. Now a word of advice, if you are competitive, dating a competitive partner and throw a couple of kids in the mix is guaranteed get absolute comedy and a simple (not so simple) escape room that should take under an hour to complete will, in fact, take 2 hours and 17 minutes. TRUE STORY!

For those of you who don’t know what an escape room is, it is a themed room that you are locked in and the only way out of it is to escape using clues and props! They are soooooo good!

I remember when Alex and I first met, we did an escape room (Obviously I suggested a scary one, so I could forget all the feminism i believe in momentarily to pretend i was scared to jump into his arms) but way back then Alex hadn’t seen the “DRAGON” in me and I was still playing that ‘easy going, chilled, girl kinda vibe’ to try and make him my boyfriend. #WORKED!

Now I am easily impressed, and the escape room I went to many months ago (the dream girl days) with Alex I was impressed with…Oh how naive I was!

Escape Reality was another level. I mean, the rooms were pro, the staff were pro, the stories were pro…We, however, were not so pro. When Poppy 6, Seb 11, Olive 5, myself and Alex arrived at Escape Reality we decided to participate in the Bank Job room, a family fun room…I honestly felt like I had been transported to a bank volt. 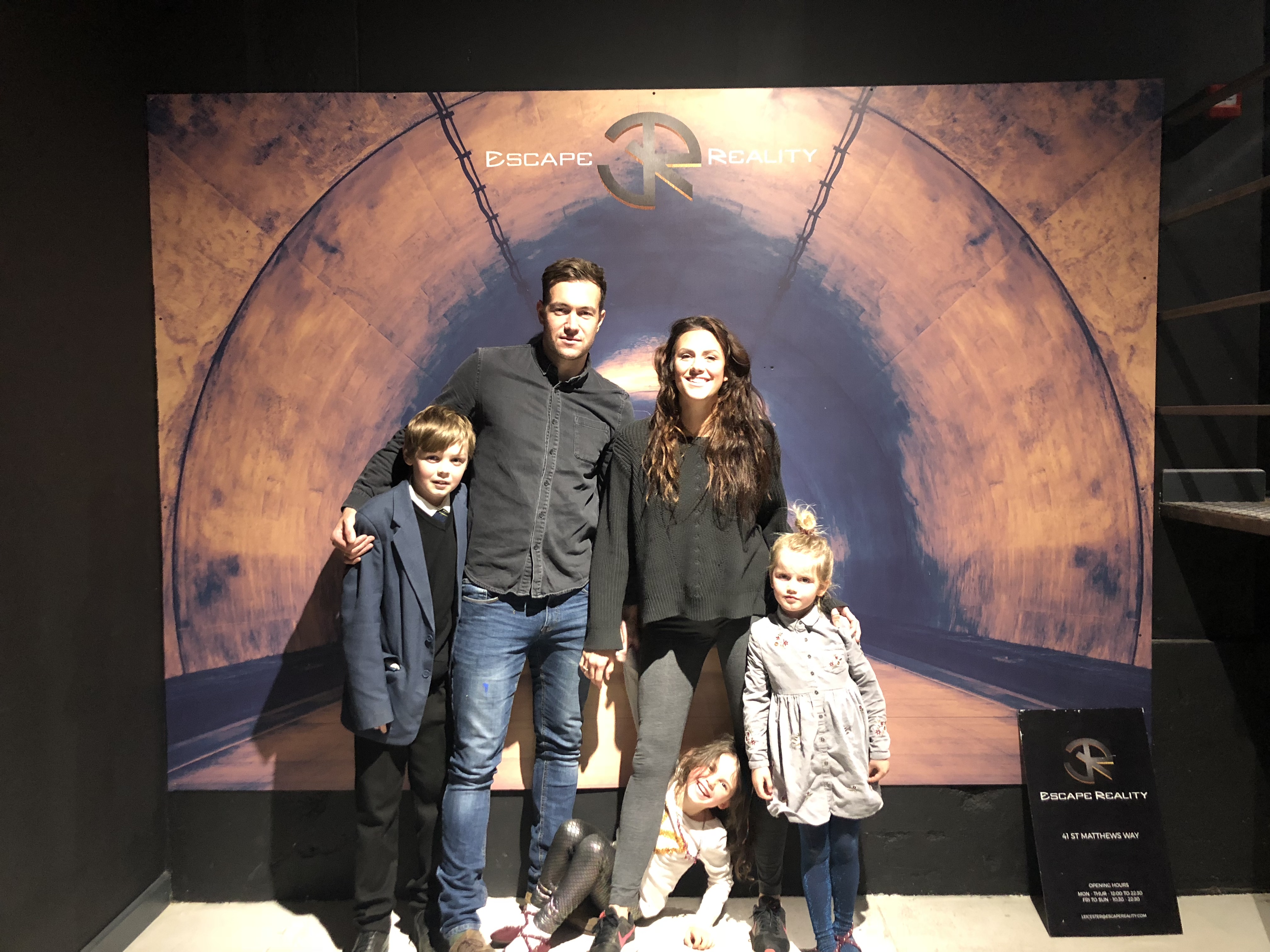 However Alex being a 35-year man, seemed to think that the main objective was for himself to get us out of the room and not for the kids to join in and help us to ‘crack the code’ and the first 10 minutes of the experience included myself shouting at Alex, Seb cracking the wrong code and Pops and Olive on repeat saying “what can I do, what can I do” – It was at this point the ‘DRAGON’ came out, I flipped and told Alex the whole point is for us to guide the kids through it and help them to build their confidence…Oh, how I swallowed my words 2 hours and 17 minutes later.

The remainder 2 hours and 7 minutes were however enjoyable, crazy and fun! The best part about being in the escape room, is all of us overthought and over complicated the clues and props! I created scenarios that were, well, a bit off the wall. And if I was doing that as an adult, you can only but imagine the scenarios of a 5, 6 and 11-year-old.

After overcoming some of the mastermind ‘blockbuster’ idea’s,  we then started to discover hidden text, which laid us to props in drawers as we laughed and limbo’d under small doors and we all managed to escape. The feeling afterwards knowing that as a little family we managed to work together was great and we left feeling energised and giddy.

So…what is the verdict?

Escape rooms are amazing for families to do together, firstly you get that feeling of ‘good parent duties’ and secondly you kids think you are some kind of mastermind hero. Both winning situations in my eyes. However, although Poppy and Olive enjoyed the escape room, I would they are a little too young to understand that game. They loved being involved, the props and the fantasy of the room. Seb, however, is a perfect age and he got what he had to do, he managed to lead us onto a few other clues and at the end, I could tell that he felt proud that he had cracked it!

And on that note, we are going next week for Sebs birthday! It really is bloody brilliant and I would recommend it to any family!

Escape reality has sites in Leeds, Glasgow, Edinburgh, Chicago, Cardiff, Las Vegas (Id like an invite to this one), Dubai (or this one) and Leicester!

If you are going to do an escape room, choose one with high production values because 9 out of 10 times they are all pretty much the same price to do – so choose the bloody best one!