Where are my children’s role models?

What is going on with the world?

Apart from having a completely ‘out of this world morning’, this morning, participating in a leg wrestle with a 6-year-old, a hair debate with a 4-year-old and no luck in anything with a three-year-old.

For example, you would think that putting a pair of shoes on a 6-year-old would be fairly easy…WRONG!!

Instead, I have her insisting that a pair of (donated) heels would be a much more appropriate choice of school shoe.

You’d also be fooled into thinking that simply clipping hair back from a four-year-old’s face, would be a breeze….WRONG.  I have her insisting that not being able to see through her hair is the ‘in look’ in reception and perfectly acceptable.

And then the three-year-old, ah, Hatti….

Me: “Hattie, please will you put your socks on”

What Hatti actually hears: ‘Take all your clothes off, put a bikini on  (because it’s raining), head into the back garden, splash in a puddle and roll in the mud’ …3 minutes before we need to leave for the school run”.

So, 15 minutes later and late for the school, all three are dressed, clean and tidy (ish). After the drop-off, I believe this deserves a victory cup of tea!

Thinking my day was ‘on the up’, I then spotted a popular women’s magazine that my sister had left at my house…

I could not believe my eyes, I was absolutely gobsmacked and infuriated at what I was seeing on the front cover! Jemma Lucy and Abigail Clarke, stark bollock naked (that’s not why I was gobsmacked) bragging that they have had bum implants with Jemma Lucy boasting “it was worth the pain” and Abigail Clarke stating “I feel sexier than ever.” WHAT MESSAGE IS THIS SENDING to the younger generation and this magazines readership? 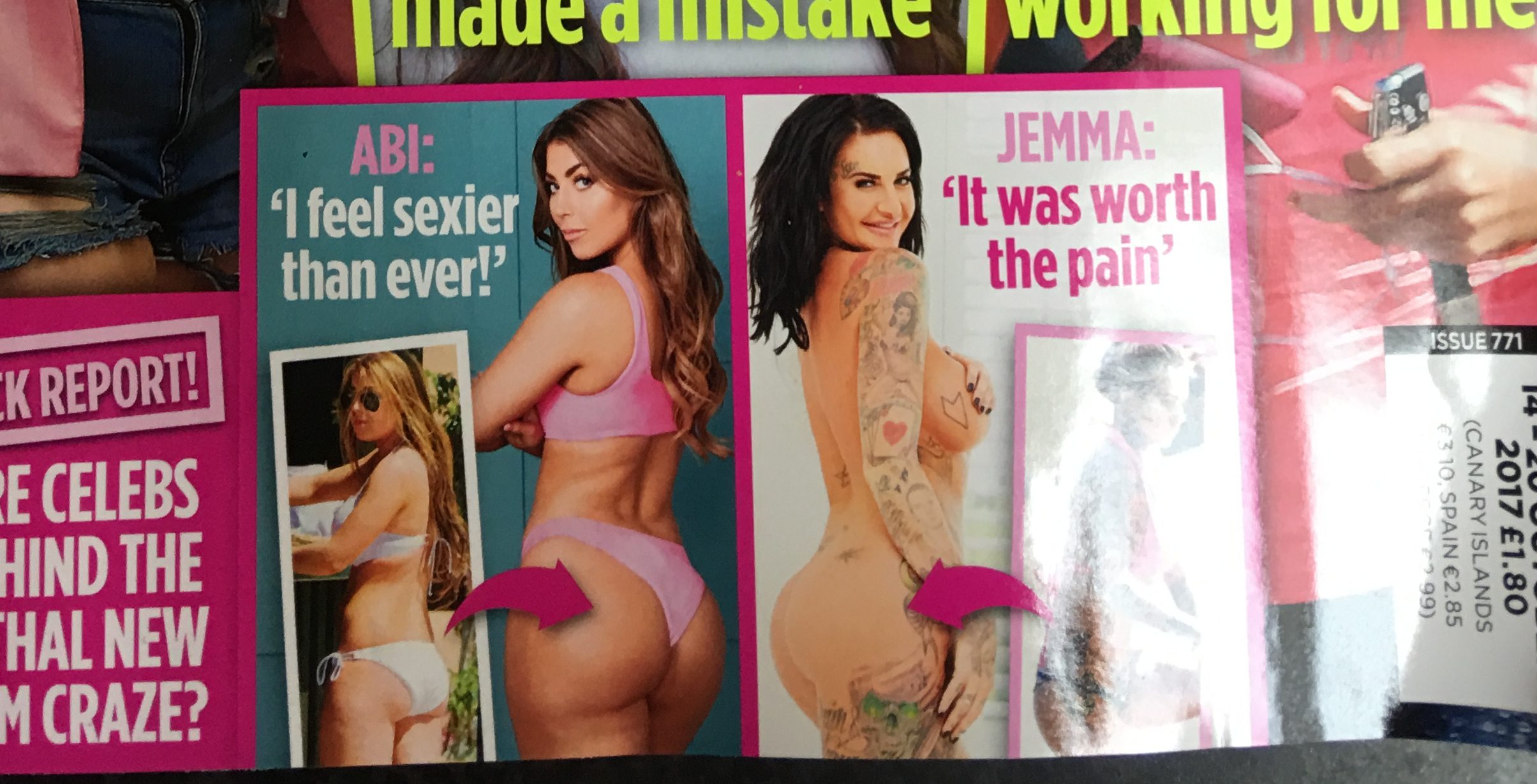 Flicking through the magazine, reading its content and thinking about my three mini maniacs, made me really started to question, ‘where are my children’s role models’?

What is going on with our society when a good 75% of the women in this magazine had:

1. Some form of image altering surgery
2. No sustainable career
3. Were under the age of 30 and living within the above two.

I couldn’t believe how many celebrities have had some form of face/body altering surgery, whether it was:

All of whom are relatively young and definitely, do not need these types of procedures. What really annoyed me, are that these are the very same celebrities that promote body image, self-esteem and being happy in ‘your own skin’, surely this a warped perception. Then I thought, how many popular TV reality stars can I name, that are constantly in magazines and haven’t had ANY form of surgery? I could only name a rare few.

Don’t get me wrong, I am not against surgery IF it is a well thought out decision that will genuinely help with self-esteem and not used as a tool for perfection. However, I am just not convinced this is the motivation for many of the celebs in these publications, who haven’t stopped with one procedure. It seems to be procedure after procedure – all in the search of perfection. PERFECT DOESN’T F@CK!NG EXIST!

And then let us have a look at the Love Island lot. I mean, fair play to them. Has anyone followed their instant success and felt tempted to put their kids in childcare for 6 weeks, vamoosh off to the White Isles and have a potential quickie on tv to pick up the paycheque? The amount of money, success and fame they have received so quickly, from little talent, is incredible. I loved the show and the characters in it, BUT, are they really the type of people we want as the next generation of role model?

Looking through their Instagram feeds, I see picture upon half-naked picture of adverts, materialistic items and a lifestyle that is unrealistic for many of their teenage followers. A lifestyle that is fuelled by ‘comments’ and ‘likes’. Where does it stop?

Even though I am a fan of Love Island, TOWIE, Geordie shore etc, I am just not inspired by the content of these shows or the characters in them.
Lifestyles which seem to be based on arguments, cheating, materialism, backstabbing, drama, drinking and  ‘who said what?’…NOT what I want my children to be influenced by. 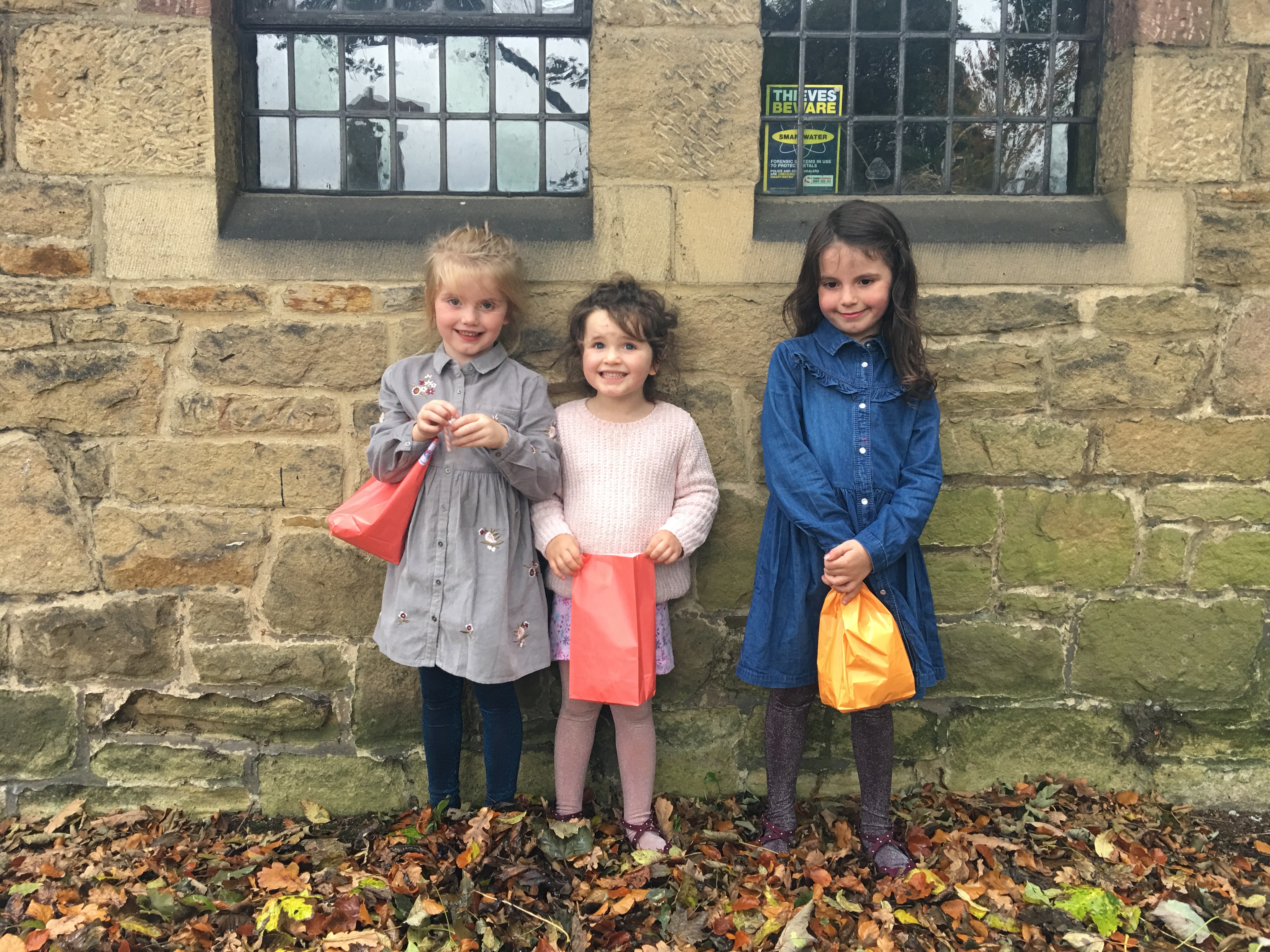 As a society, we are actively promoting false economies. Quick fixes to body image, quick fixes to careers, quick fixes to weight loss, quick fixes to health. When did we stop believing in hard work?
Who are our children’s ‘so-called’ role models? In these popular magazines, very rarely do I see role models that I would like to my children to grow up to be like or be influenced by.

I believe loyalty, kindness, a hard work ethic, healthy lifestyle, self-confidence, body confidence, gratitude and a humble attitude that should be promoted. This is what I want my children to see and be influenced by. I want their role models to inspire them to work hard and achieve greatness. I want their roles models to teach them to be comfortable in their own skin and to lead by example.

So, what is the alternative?

We, as a society, have a duty of care to do more for our children and for the younger generation. We are lucky to be in a fortunate position where we have the power of social media to reach people that we could not reach before. If more of us, and more of our UK celebrities, chose to show natural, unfiltered pictures of themselves and ‘unglam’ elements of their lives, chose not to have image altering surgery in the search of perfection, but chose to use their status in a positive way … wouldn’t this be a far better alternative? 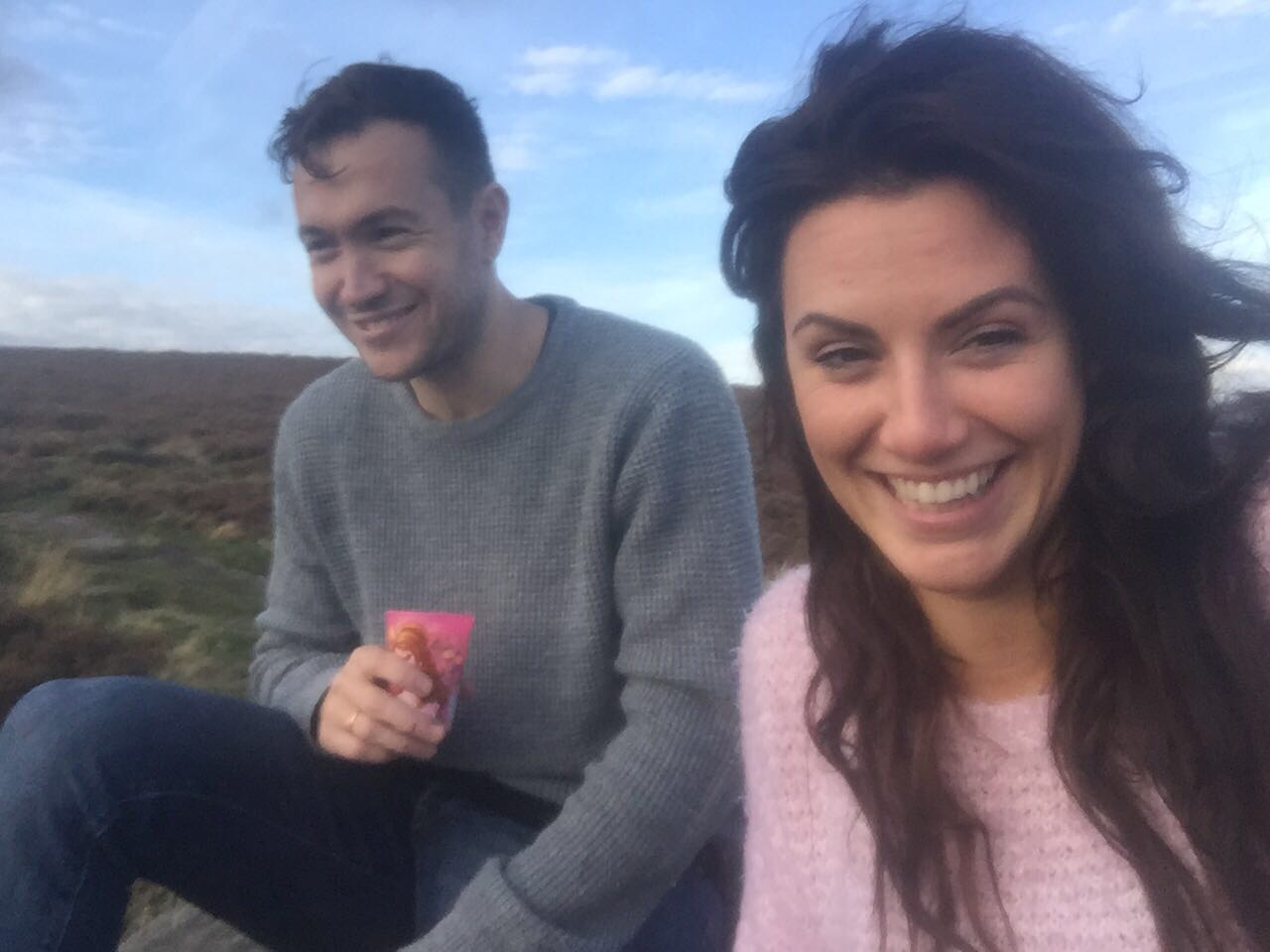